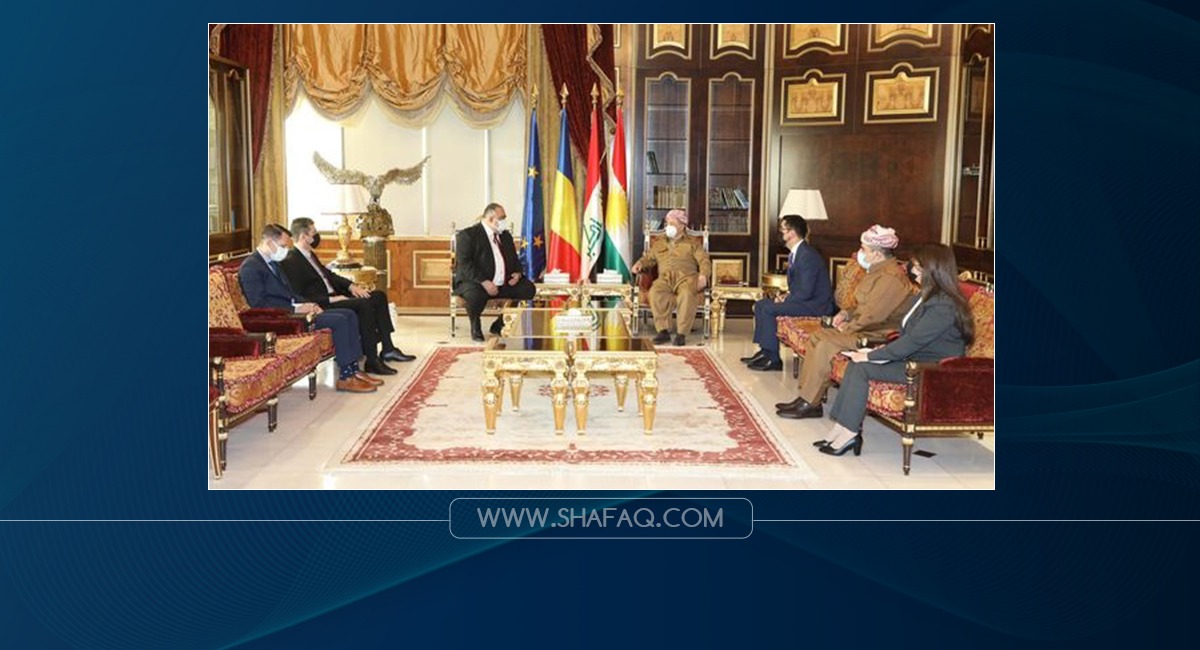 A statement by the Barzani headquarters said that the latter received the Romanian ambassador to Baghdad, Radu Dobre, and discussed the political process in Iraq and the problems hindering the formation of the new government.

The Romanian ambassador expressed his country's willingness to bolster the ties with the Kurdistan Region in various fields.

The Kurdish leader wished the Romanian veteran diplomat success in his mission in Iraq.