Leader Barzani: next government's program must be based on consensus and partnership 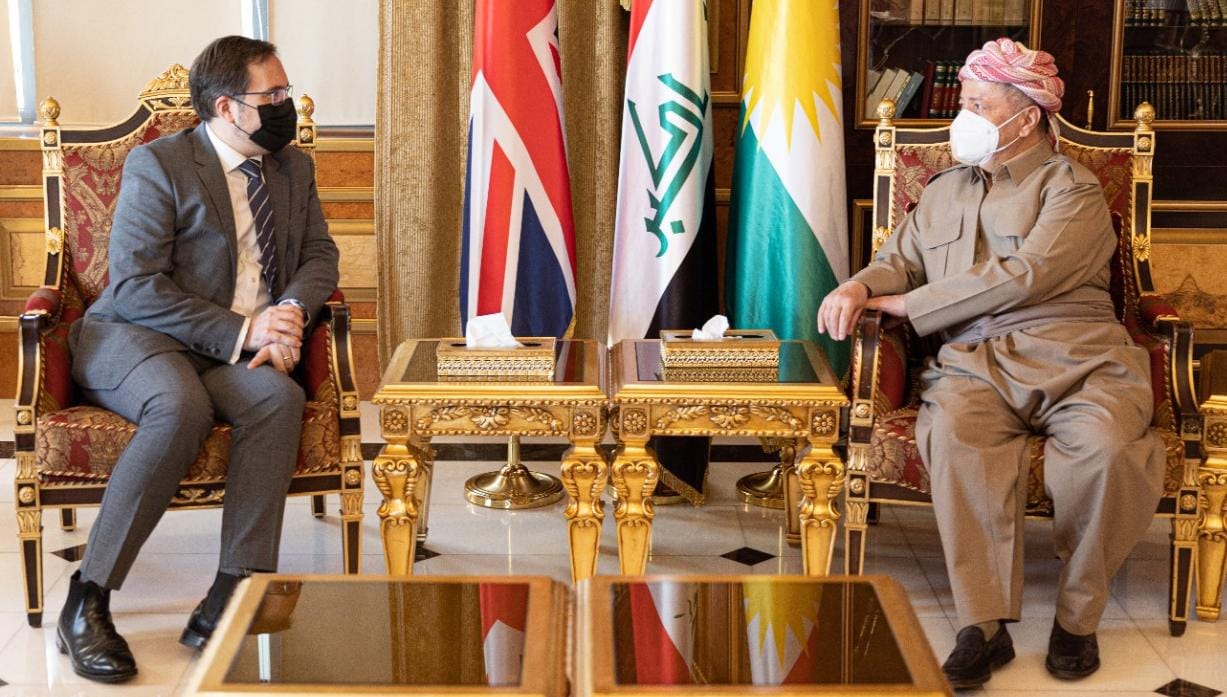 Shafaq News/ The Kurdish leader Masoud Barzani on Wednesday received the British ambassador to Iraq, Mark Bryson-Richardson, in the Saladin resort near Erbil.

In a statement, the Barzani headquarters said that both sides discussed the political developments in Iraq, choosing the next Iraqi president and prime minister, the bombardment of Zahko district, and Syria's political and security situation.

The UK Ambassador stressed that his country supports stability in the Kurdistan Region and Iraq.

Barzani: the people of Kurdistan no more accept violence and crime