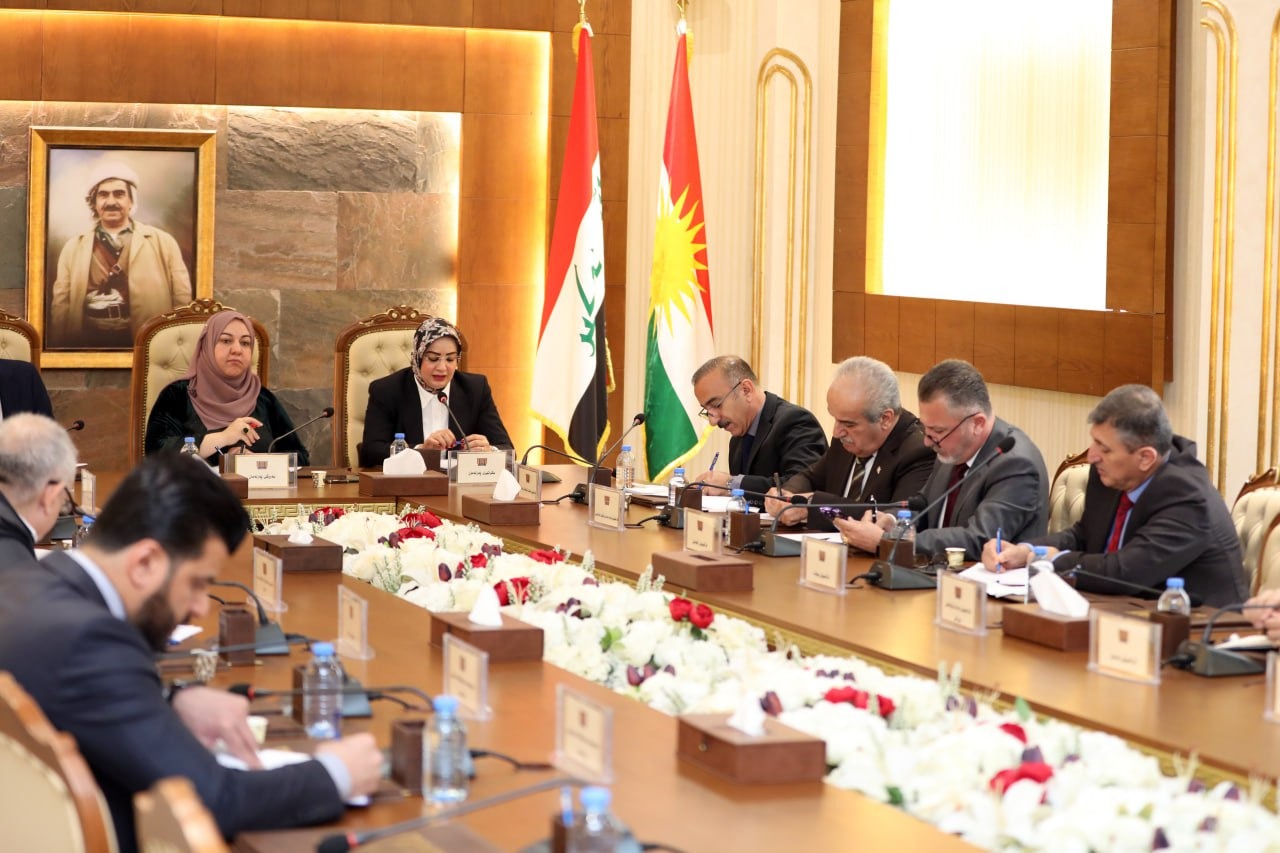 Shafaq News/ The Kurdistan Parliament's presidium on Monday convened a meeting with the heads of parliamentary blocs to discuss amendments to the region's election law and renewing the mandate of the high electoral commission.

According to an official readout, the meeting discussed the legislation needed to hold the elections prior to the current extension period.

"The meeting also covered the legal and technical groundwork needed ahead of the elections," the readout added.

Speaker Rewaz Faiq thanked the heads of the parliamentary blocs for making compromises in order to reach an agreement that everyone finds acceptable.