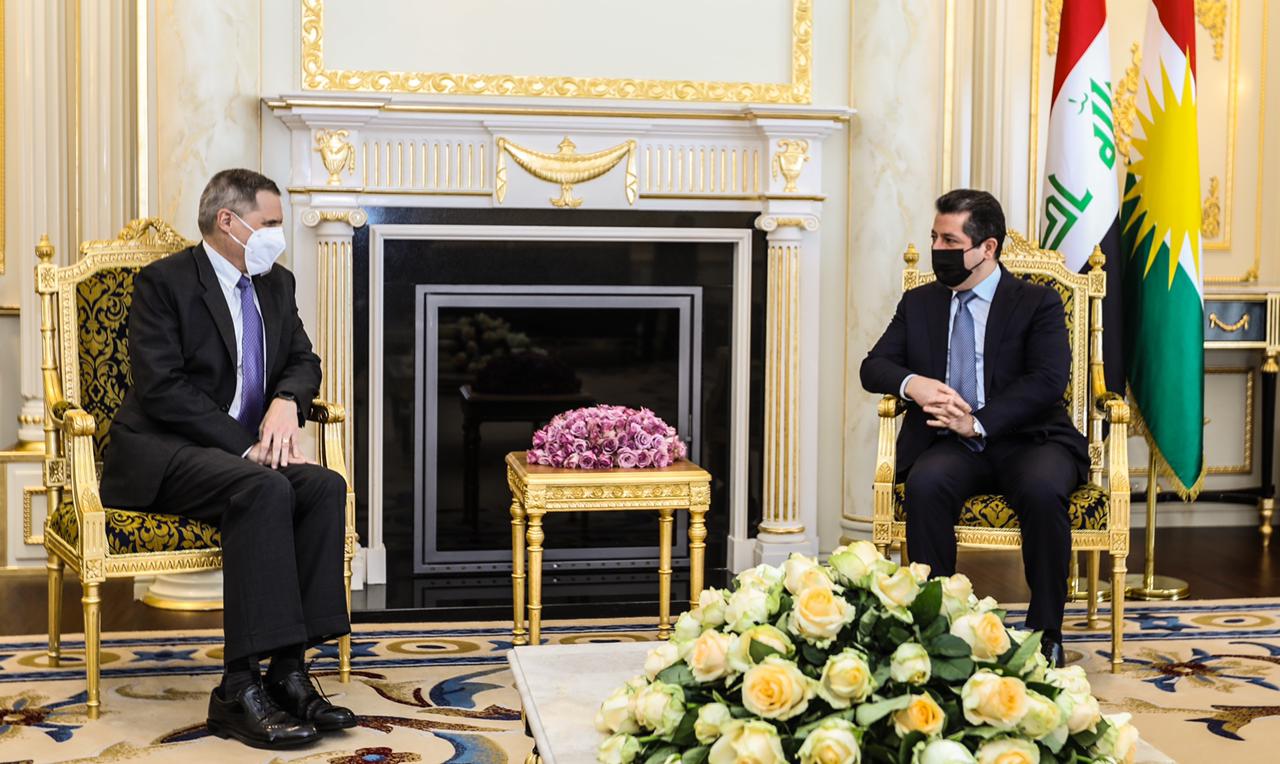 The two sides discussed in the meeting, which was attended by the U.S. Consul to Erbil Mathew Toller, issues of mutual interest including the relations between Kurdistan and the United States and the latest developments in the Iraq arena.

The Prime Minister thanked the US ambassador for his efforts in approving the 2021 budget law, confirming the Regional Government’s commitment to implement it calling on the federal government to fulfill its duties towards Kurdistan.

For his part, Toller highlighted on the Iraq-U.S. strategic dialogue, and confirmed that the United States, within the framework of the Global Coalition, will continue supporting the Peshmerga in confronting ISIS.

The US ambassador praised the Kurdish Government’ reforms especially those taken by the Ministry of Peshmerga.