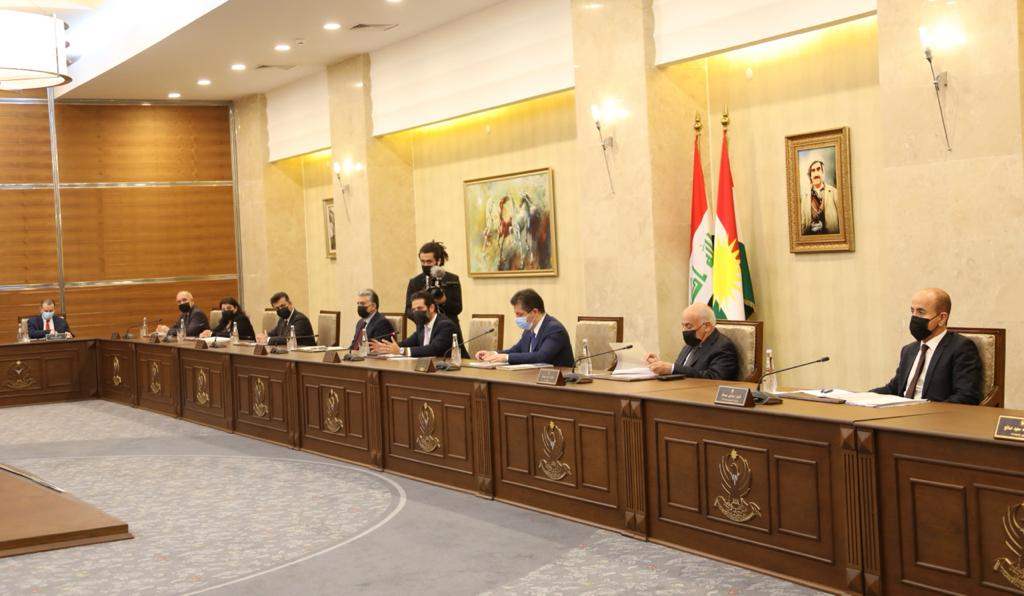 Shafaq News/ The Council of Ministers of Kurdistan Region reviewed today revenues, expenditures, and deficits data in the region's budget, instructing to hold a crucial meeting to prepare the draft law and refer it to Parliament.

The statement indicated that during the meeting, the Minister of Finance and Economy, Awat Sheikh Janab, provided further clarifications about the data related to revenues, expenditures, and the fiscal deficit in the Kurdistan Region budget for the year 2021.

Sheikh Janab indicated that after extensive discussions on the observations put forward by cabinet members, it was decided that the ministries of finance, economy, planning, and natural resources would hold a critical meeting with the special committees in the Kurdistan Parliament (finance, economy, natural resources, and legal committees), in coordination with the Minister of the Region for Parliamentary Affairs.

In addition, a special meeting will be held with all the blocs of the Kurdistan Parliament to achieve a common understanding between the government and Parliament, and ensure preparing a transparent and comprehensive draft law to be referred to the Parliament of Kurdistan for passage.