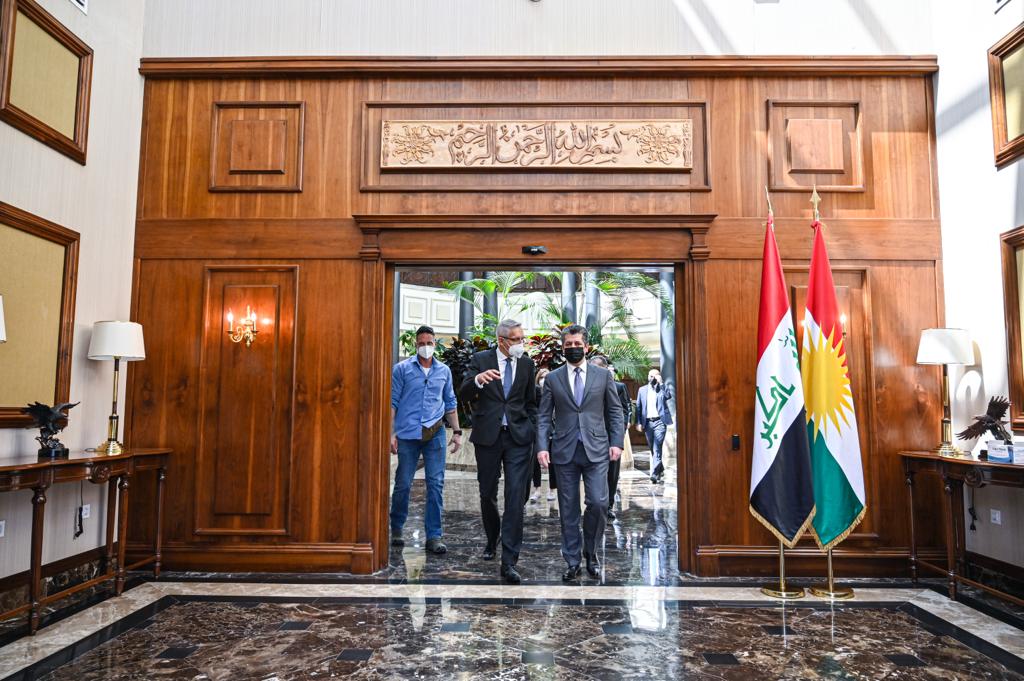 Shafaq News/ Kurdistan's Prime Minister Masrour Barzani discussed the latest updates on the political arena in Iraq with Germany's ambassador to Baghdad, Martin Jaeger, a readout by his bureau said on Tuesday.

The meeting, according to the readout,  will touch upon the bilateral ties between Erbil and Berlin, the cooperation prospects in the fields of economics and investment, and a spectrum of issues of mutual interest.

Barzani and Jaeger laid emphasis on the need to support the Peshmerga forces in the battle against terrorism, the readout said.

PM Barzani meets a delegation from the US-Kurdistan Business council

Masrour Barzani: our constitution must reflect the aspirations of Kurdistan's people