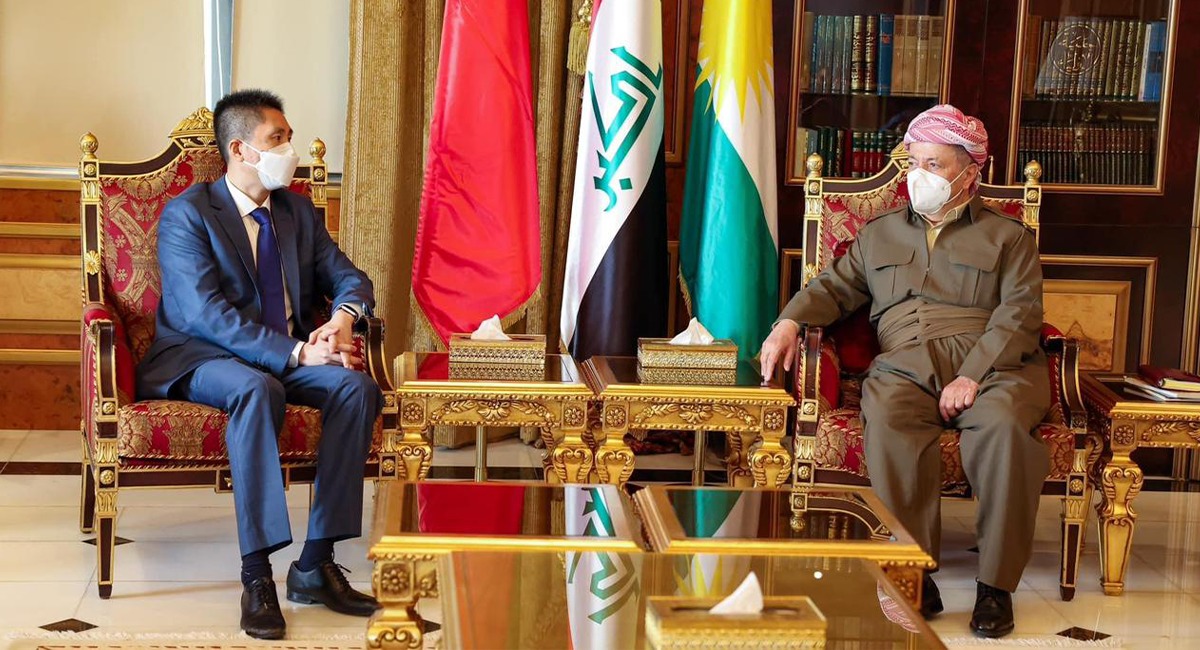 A statement by the Barzani headquarters said that the ambassador congratulated Barzani on his election as head of the KDP and the success of the party's 14th conference.

The two sides commended the strong ties between Iraq and China, calling for implementing the programs agreed upon between the two countries, as well as always resorting to dialogue.