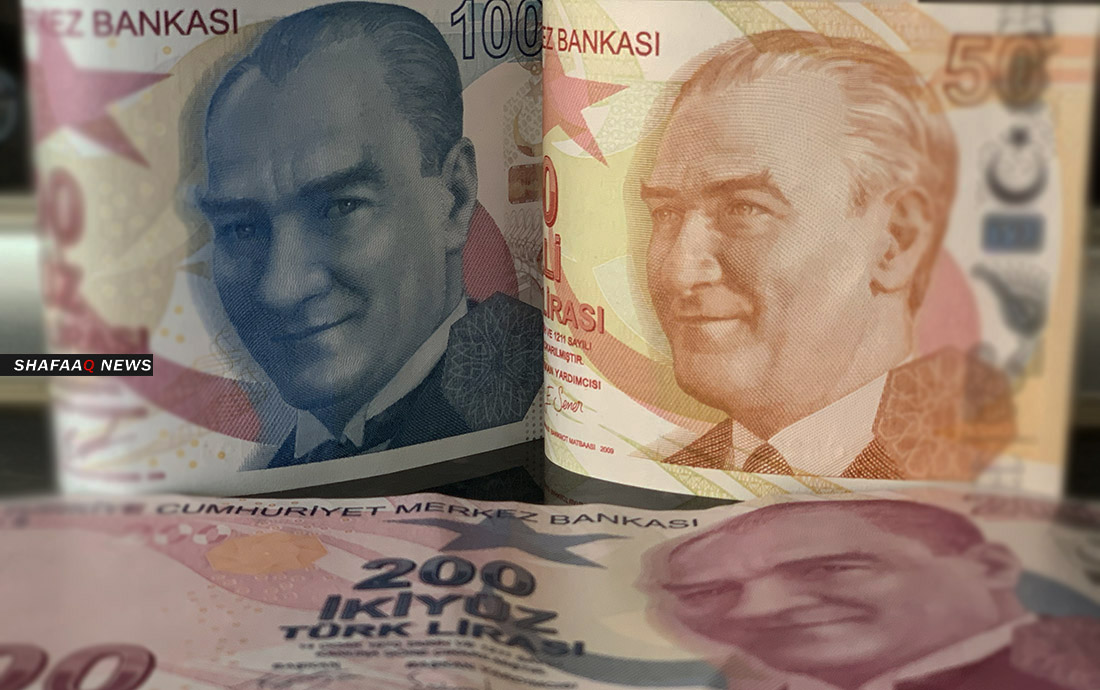 Shafaq News / The Turkish lira fell to an all-time low today, Thursday, after data showed that annual inflation remained near 12%, exceeding the central bank's expectations last month, which enhances risks for an economy emerging from a bad decline caused by the Corona virus.

The Turkish currency has decreased by about 20% since the beginning of this year; But it has stabilized in recent weeks.

The devaluation of the currency increased inflation through imports, which in turn led to a high current account deficit.

The currency kept import prices high and dispelled the impact of any downward price pressures resulting from the general isolation measures imposed earlier this year.

Adding to the risks for Turkey is that new cases of COVID-19 have soared in recent weeks.

Consumer prices rose 11.77% in August, in line with the previous month; But it remains below the median forecast of 11.91% in a Reuters poll.

The Turkish Statistical Institute said that the monthly figure for the increase in consumer prices was 0.86%, compared to the poll's expectations of a 1% increase.

Inflation is still high in double digits since the beginning of this year.

The bank raised its inflation forecast by the end of the year to 8.9% last July, betting that inflation will start to decline early.

But few analysts expect that to happen soon, and a Reuters poll put inflation by the end of the year at 11%.

An Iraqi ban creates a major crisis in Turkey