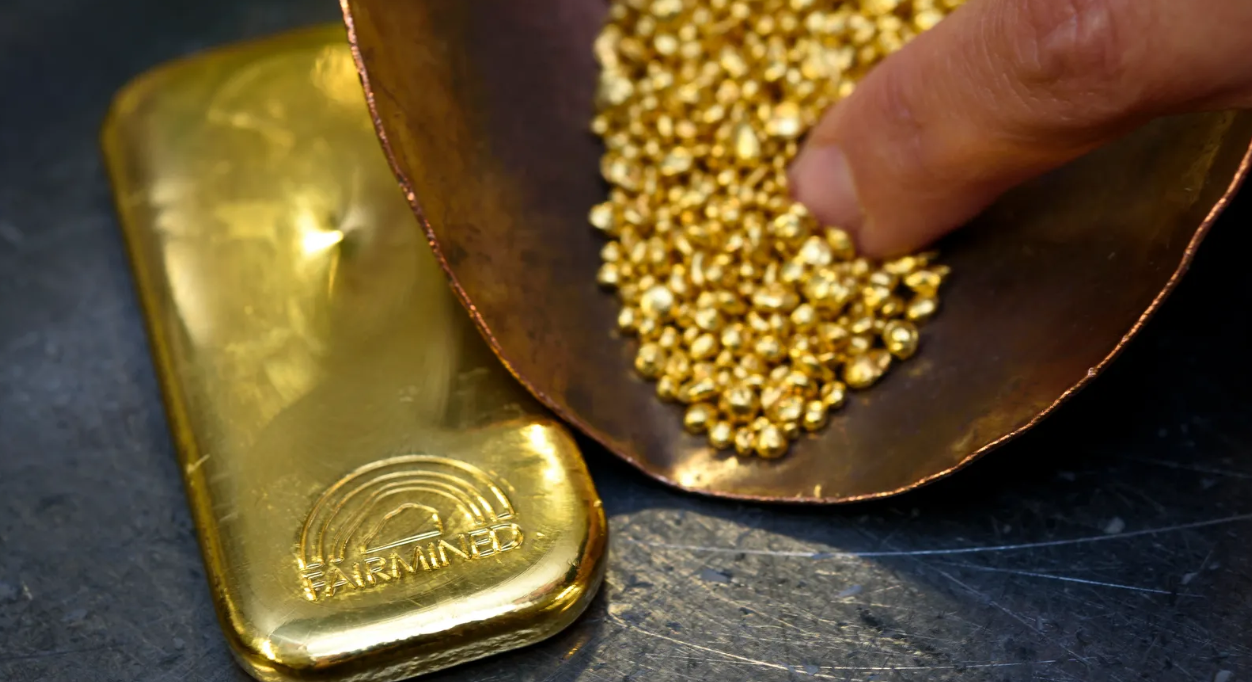 Shafaq News/ Gold prices edged up on Tuesday as the dollar weakened, while investors awaited U.S. economic data amid hopes of slower interest rate hikes by the Federal Reserve.

Investors are now focused on the U.S. fourth quarter GDP growth estimates due on Thursday.

"Any signs of a weaker U.S. economy will be taken as a reason for the Fed to tighten less aggressively, and that could support gold, which would also take in safe haven flows," said Matt Simpson, a senior market analyst at City Index.

"Disappointing numbers likely to help gold climb above $1,960, but might not break through $2,000 in its first attempt, given the significance of the number."

Traders are mostly pricing in a 25 basis point (bp) rate hike by the Fed at its Jan. 31-Feb. 1 policy meeting, after slowing its pace to 50 bps in December, following four straight 75-bp hikes. FEDWATCH

Lower interest rates tend to be beneficial for bullion, decreasing the opportunity cost of holding the non-yielding asset.

On the physical front, India is expected to slash the import duty on gold, which could lift retail sales by making the metal cheaper ahead of peak demand season in the world's second-biggest bullion consumer.

With the Chinese economy reopening and less disruption from COVID, it could support a consecutive year of record photovoltaic silver demand, analysts at Heraeus Precious Metals said in a note.

A drop in gold prices as investors reap profits