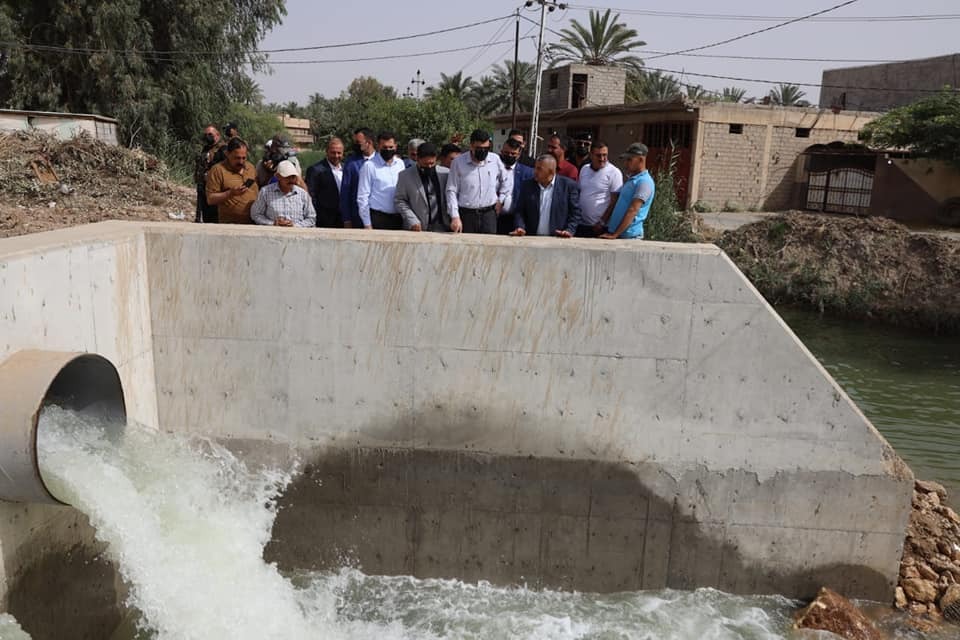 Shafaq News/ The Iraqi Minister of Water Resources, Mahdi Rachid al-Hamadani, arrived in Diyala to keep tabs on the plans devised to confront drought. It is the tenth visit to crisis-stricken governorate this month.

The Minister toured in the project for "boosting the Khuraysan river from the Tigris river".

"The project will secure water to more than 250 thousand citizens in the perimeters of Baqubah in summer," Shafaq News Agency quoted Minister al-Hamadani as saying.

"The project was accomplished in a record time of 45 days. It contains three pumps that pump the water from al-Khalis project, fed by the Tigris, into the Khuraysan river inside Baqubah to eradicate the drought this season."

Al-Hamdani assured the citizens that his Ministry can handle the situation and implement all the projects required to manage drought on time, adding that wells will be constructed in the drought-stricken areas in Mandali and Kazzaniyah.

In the same context, 11 villages in the "Nada" basin of the Mandali district, 93 km east of Baqubah, are facing the risk of drought due to the lack of water revenues in the Mandali canal and the low water levels in the al-Sadr irrigation regulator.

A local source told Shafaq News Agency, “The villagers resorted to digging the underground of the Mandali canal to obtain groundwater to meet part of their basic water requirements after they became unable to purchase water from tankers that priced the cubic meter of water at more than 5000 dinars."

The source said, "many farmers and animal breeders sold their livestock at low prices due to the lack of water."

The decrease in the flow of water from Iran to the Darbandikhan Dam as a result of cutting water from the Iranian side, which reached 100%, caused a severe crisis in the Diyala River Basin, as its levels have decreased by 57%.

Iraq and I ran to establish a border market