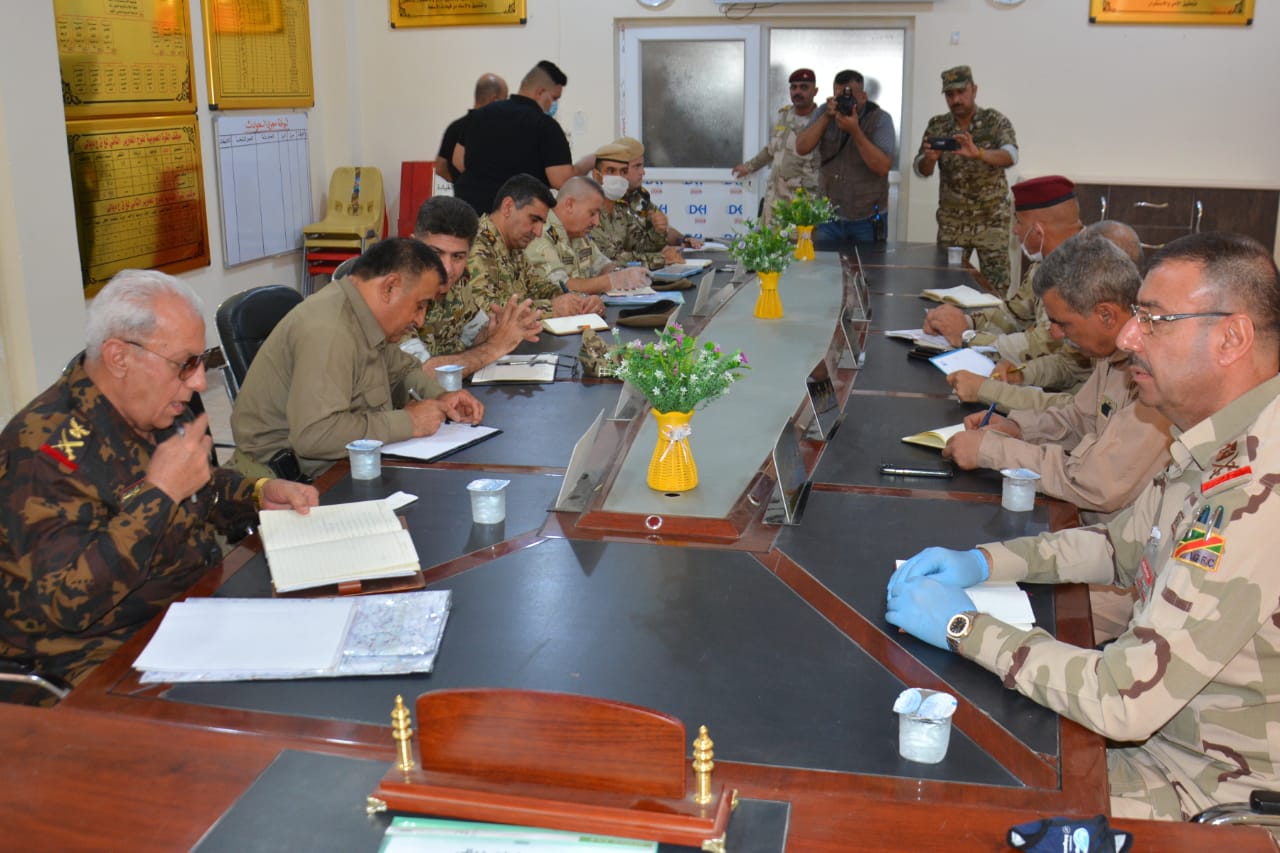 Shafaq News / A security source reported, on Tuesday, that a security meeting between the Iraqi army and the Peshmerga was being held in Khanaqin district, in Diyala Governorate.

This is the first meeting between the two sides since the Peshmerga withdrew from Khanaqin in 2017, and the escalating tensions due to the independence referendum.

The source told Shafaq News agency, " Diyala Operations Command, headed by Major General Ghassan Al-Azzi, held a security conference in Khanaqin district, and was attended by several Peshmerga leaders, as well as the commander of the Fifth Infantry Division".

The meeting was held to discuss filling the security gaps, ways of joint security cooperation, and stabilizing the boundaries between the Federal Security Forces and the Peshmerga to eliminate ISIS remnants, as by the source.

Baghdad and Erbil have been holding military talks for weeks to find a joint working agreement, to maintain stability in the disputed areas, in the light of the recurrent ISIS attacks.

Erbil, the capital of Kurdistan Region, hosted the last round of talks one week ago, in the presence of a high-level delegation from the International Alliance. It was decided that the two sides are to set up 4 security coordination offices in the disputed areas.

The Peshmerga forces withdrew from the disputed areas due to the escalation of tension with the Iraqi forces, after the independence referendum in 2017.

The withdrawal came three years after the Peshmerga deployed in those areas, as Kurdish forces prevented them from falling into the hands of ISIS after the Iraqi army fled in 2014.

Since the Peshmerga withdrawal, the frequency of attacks has increased significantly, as the organization's terrorists have launched bloody attacks on citizens and military targets.