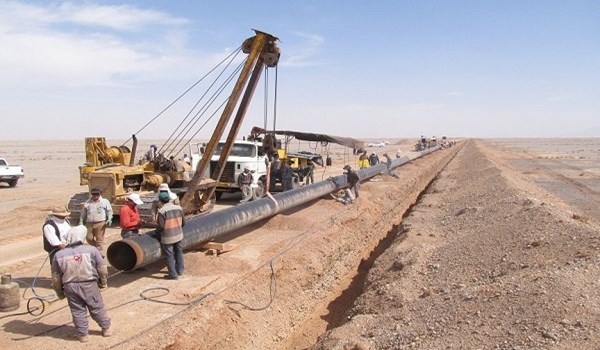 Shafaq News / Iraq and Jordan confirmed their readiness to complete the electrical connection and establish a joint industrial zone between the two countries.

A statement issued by the office of the Iraqi Minister of Planning said, “Minister Khaled Battal Al-Najm received today, Thursday, in his office, the Ambassador of the Hashemite Kingdom of Jordan to the Republic of Iraq, Montasser Al-Zoubi, and his accompanying delegation, and discussed the results of the tripartite summit between Iraq, Jordan and Egypt, which was held in Amman recently.

The statement added, "The two sides affirmed that the two countries will take practical measures to implement the decisions of the summit, including completing the requirements for the electrical connection, establishing a joint industrial zone between Iraq and Jordan, and cooperating in the export of Iraqi oil and gas to both Jordan and Egypt.

Besides, the two parties discussed joint efforts between Iraq and Jordan to confront COVID-19.

For his part, the Jordanian ambassador expressed his high appreciation for the efforts of the Minister of Planning, "in enhancing cooperation between Iraq and Jordan," referring to, "forming a permanent secretariat to follow up on the implementation of the decisions of the tripartite summit".

Today, Thursday, The Iraqi Minister of Trade announced on Thursday the willingness to hold tripartite summit meetings that include Iraq, Egypt and Jordan to enhance joint economic cooperation and establish a free zone for trade exchange between the three countries.