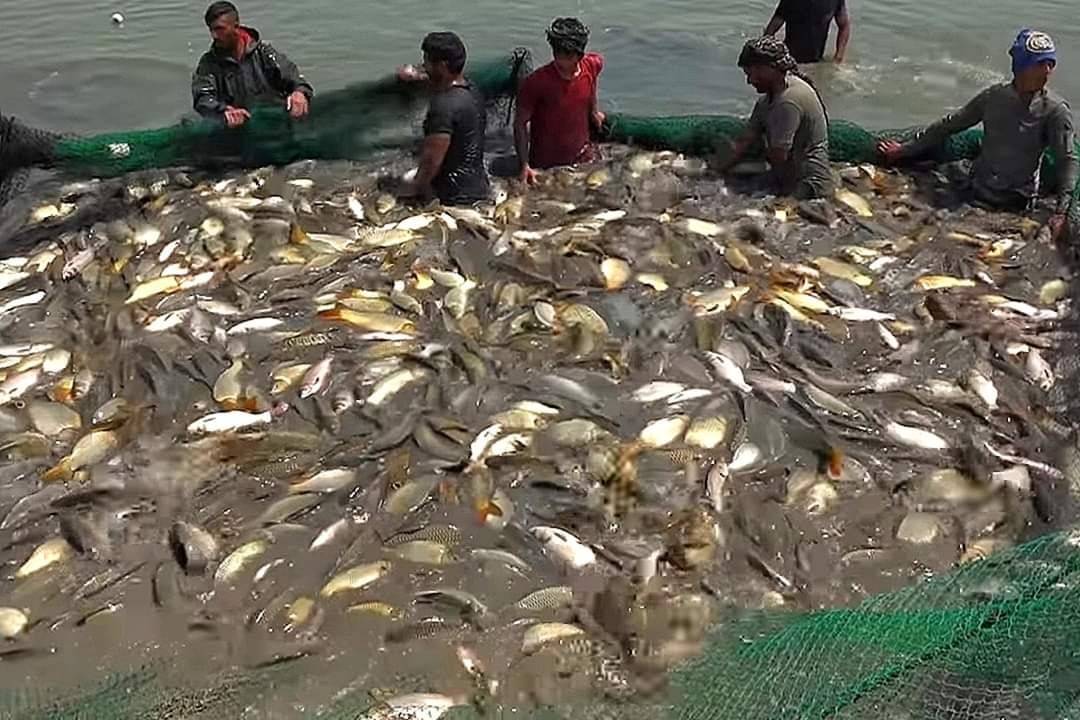 Shafaq News/ A local official in Diyala warned of a crisis that might inflict the fishery resources due to drought, calling for securing alternatives water resources to avert an economic disaster.

The administrator of the Veterinary Hospital in Diyala, Dr. Mahmoud Farhan al-Shammari, said in a statement to Shafaq News Agency, "Diyala might lose 75% of its fish stocks due to drought, scarce water resources, and poorly programmed water usage," warning of "economic and subsidiary disasters in the absence of efficient solutions to preserve the fishery resources."

Dr. al-Shammari said that most fish farms use floating cages or aquariums. "These need ample and sustainable amounts of water. Water shortage crisis might leave detrimental repercussions on the fishery stocks."

Hinting at a potential displacement of fish growers to the cities, Diyala's Veterinary Hospital administration called on the Ministry of Water Resources to "adopt efficient and swift plans to address the water crisis and save the fish stocks from evanescence and Agriculture from its negative repercussions,"

Iraq and I ran to establish a border market