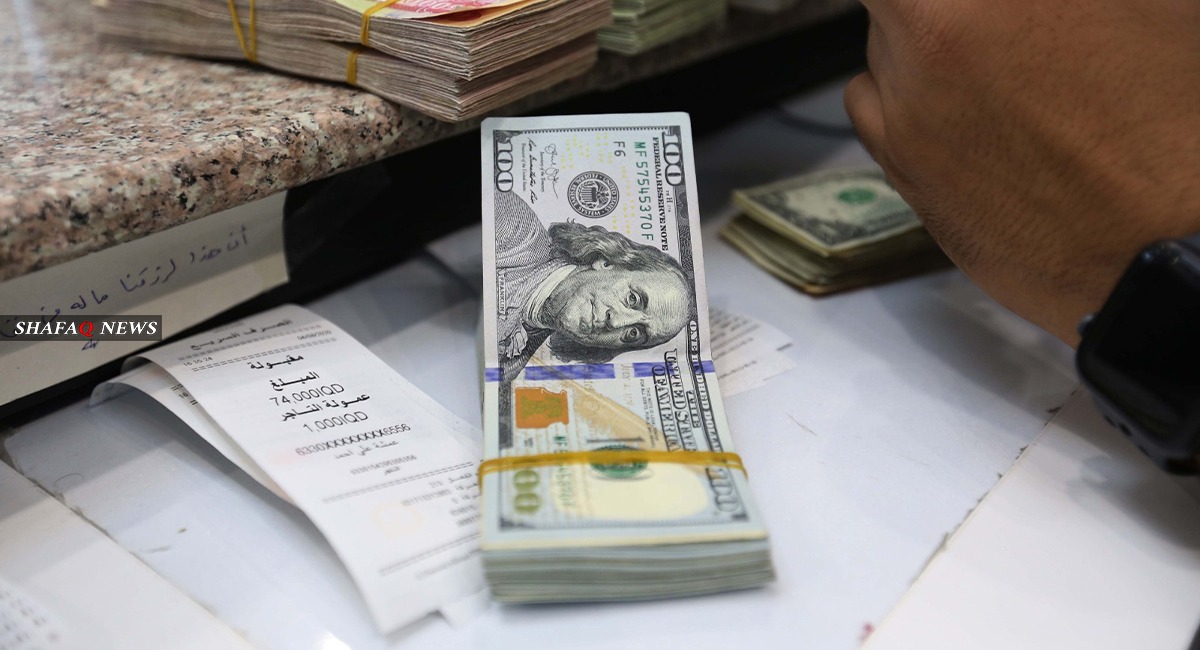 Shafaq News Agency correspondent said that the U.S. dollar pinned at 147,000 Iraqi dinars for every 100 dollars in al-Kifah and al-Harithiya Central Exchanges.

At the opening of the market this morning, both central exchanges traded the 100 dollars at 147,100 dinars.

Drop of dollar's exchange rates in Baghdad and Kurdistan Region

USD rests at the morning rates on Sunday

USD/IQD exchange rates stabilize in Baghdad and drop in Erbil