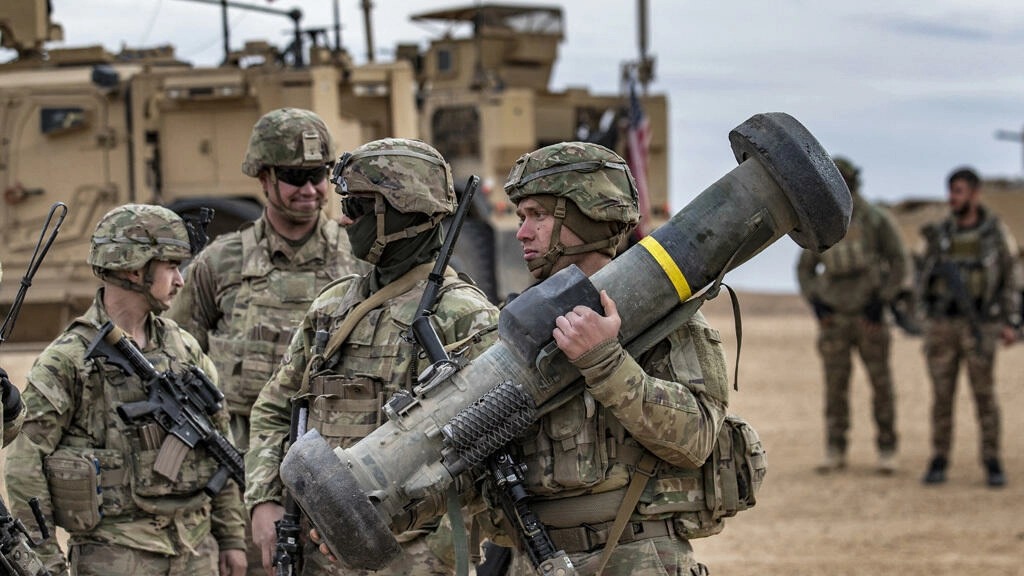 Shafaq News/ US arms manufacturers are not cashing in directly from the thousands of missiles, drones and other weapons being sent to Ukraine, but they do stand to profit big-time over the long run by supplying countries eager to boost their defenses against Russia.

Like other Western countries, the United States has turned to its own stocks to furnish Ukraine with shoulder-fired Stinger and Javelin missiles, for instance. These weapons from Lockheed-Martin and Raytheon Technologies were paid for some time ago.

So these companies' first quarter results, due to be released in coming weeks, should not be especially fatter because of the rush to arm Ukraine as it fights off the Russian invasion.

But those US military weapons stockpiles being tapped for Kyiv will need to be replenished.

The Pentagon plans to use $3.5 billion earmarked for this purpose in a spending bill approved in mid-March, a Defense Department spokesman told AFP.

The Javelin anti-tank missile is made by a joint venture between Lockheed and Raytheon. The latter's Stinger anti-aircraft missile had ceased to be produced until the Pentagon ordered $340 million of them last summer.

"We are exploring options to more quickly replenish US inventories and backfill depleted stocks of allies and partners," the spokesman said.

"It will take time to revive the industrial base -- at the prime and at sub-tier suppliers -- to enable production to resume," he added.

The profits that the companies make from these missiles, known for being simple to use, will not exactly be staggering, defense industry experts told AFP.

"If 1,000 Stingers and 1,000 Javelins get shipped to Eastern Europe each month for the next year, which is not unlikely given the current pace, in our view, we think it would equate to $1 billion to $2 billion in revenue for both program manufacturers, which is material," said Colin Scarola of CFRA, an investment research firm.

"If 1,000 Stingers and 1,000 Javelins get shipped to Eastern Europe each month for the next year, which is not unlikely given the current pace, in our view, we think it would equate to $1 billion to $2 billion in revenue for both program manufacturers, which is material," said Colin Scarola of CFRA, an investment research firm.

"Raytheon probably made more money off selling a Patriot missile system to Saudi Arabia than they will from making Stinger missiles," said Jordan Cohen, an arms sales specialist at the Cato Institute.

"They're only going to put so much effort into producing those weapons that are not that valuable," Cohen told AFP.

Lockheed, Raytheon and another arms manufacturer, Northrop Grumman, did not respond to AFP requests for comment.

General Dynamics said it has not raised its financial outlook since January, while Boeing just said it is up to governments to decide how to spend money earmarked for defense.

Some weapons manufacturing executives hinted when they last released quarterly results in late January that the situation around the world would benefit them.

Greg Hayes, Raytheon's CEO, said that rising tensions in Asia, the Middle East and Eastern Europe would lead to higher international sales -- not right away but later in 2022 and beyond.

His counterpart at Lockheed-Martin, James Taiclet, said he observed "renewed great power competition" that could trigger higher US military spending.

"The war in Ukraine reshuffles the geopolitical order, in a way that hasn't really been seen in the past 30 years," said Burkett Huey of Morningstar, a financial services company.

"People are starting to realize that the world is a lot less safe and there's probably going to need to be increased investment in defense products, which would benefit the contractors," Huey said.

Eric Heginbotham, a researcher at the MIT Center for International Studies, said that for Western governments -- as has been the case for years in Asia -- "there will be much less appetite for decreases" in military spending.

In the United States, President Joe Biden has proposed a four percent increase in the Pentagon budget. Inflation in America is running much higher, but Biden at least did not propose spending cuts.

Germany, long wary of high military budgets, announced a major policy shift in late February after the Russian invasion of Ukraine, saying it would immediately free up 100 billion euros to modernize its armed forces.

"Countries are going to be looking to increase interoperability with the United States, which is really sort of the central pillar in NATO," said Heginbotham.

This "sort of F-35-ification of European armies" is good business for US military contractors, and the US military also likes it because it means common operating platforms, said Eric Gomez, a defense policy expert at the Cato Institute.

"But on the other side, it makes it harder for the United States to kind of ever consider stepping back from Europe, as the Biden administration keeps saying that China is the big game in town," said Gomez.