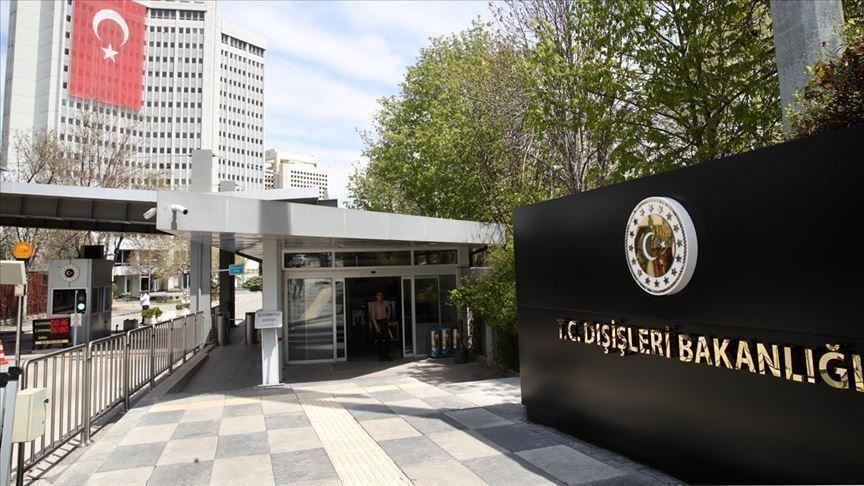 Shafaq News / Ankara strongly condemned EU sanctions on a Turkish company for breaching a UN arms embargo on Libya over its support for the Tripoli-based Government of National Accord, describing it as “extremely regrettable.”

The Turkish Foreign Ministry said in a statement that “it is extremely regrettable that such a wrong decision was taken at a time when efforts are being made to reduce tensions in the eastern Mediterranean,” stressing that Ankara considers this decision “worthless.”