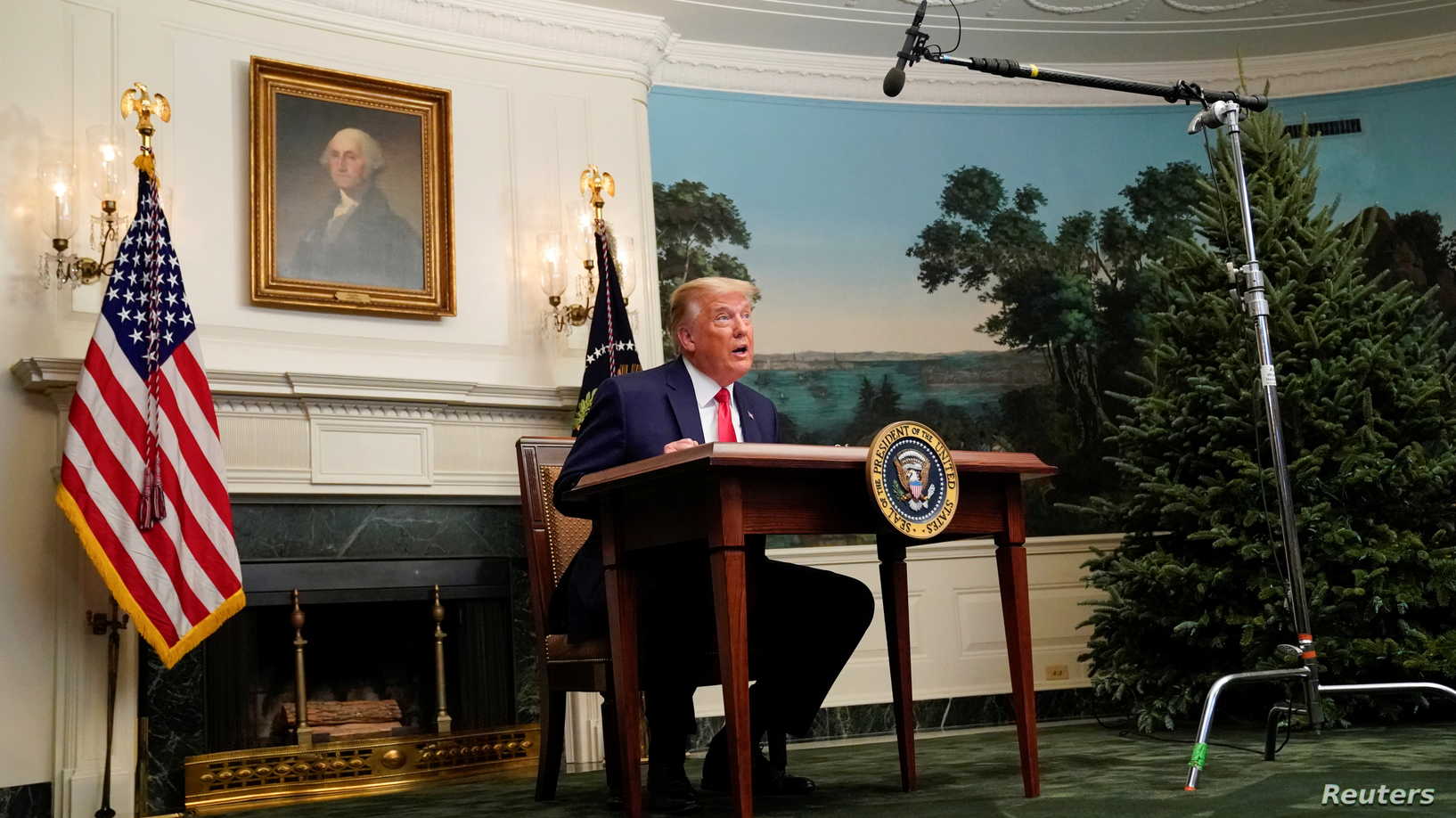 Shafaq News/ US president Donald Trump said Thursday that  coronavirus vaccine deliveries will begin as early as next week.

"The whole world is suffering and we are rounding the curve," Trump said. "And the vaccines are being delivered next week or the week after."

The announcement came during a special Thanksgiving holiday message to U.S. troops overseas via teleconference.

Trump noted that front-line workers, medical personnel and senior citizens would be the vaccine's first recipients.

He also argued that his opponent, President-elect Joe Biden, should not be given credit for the vaccines, which he referred to as a "medical miracle" before repeating claims of voting irregularities in the 2020 election.

Trump's comments come ahead of a Dec. 10 meeting, where regulators at the Food and Drug Administration will review Pfizer's request for an emergency use authorization for its vaccine developed with BioNTech.

The latest trial data for Pfizer and BioNTech's vaccine, unveiled earlier this month, showed it was 90% effective.

In addition, Moderna said its vaccine is 94.5% effective in preventing COVID-19. AstraZeneca also reported preliminary results that showed its vaccine efficacy ranged from 62% to 90%, depending on the dosage amount given to participants.

According to the latest update from Johns Hopkins university, there are more than 12.8 million confirmed coronavirus cases and more than 263,000 related deaths in the U.S.