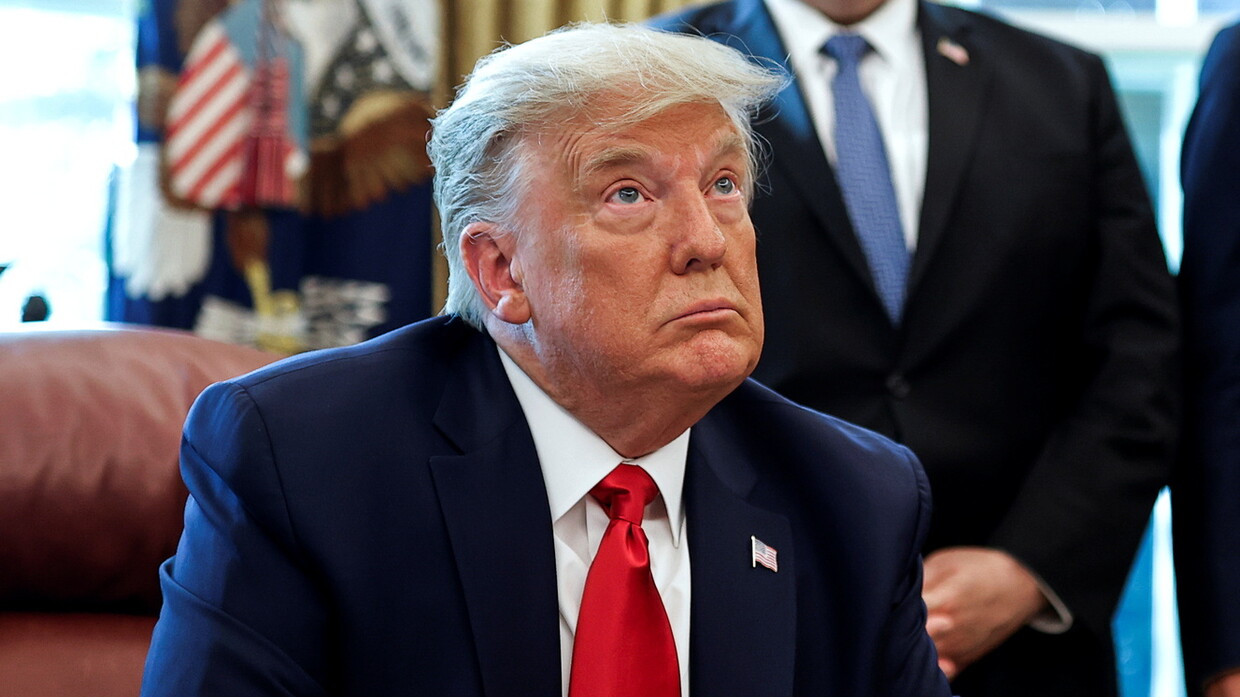 Shafaq News/ Former US president Donald Trump claimed last week that Israel “literally owned Congress” until roughly a decade ago, whereas today, “it’s almost the opposite.”

He made the remarks in a radio interview with conservative talk show host Ari Hoffman.

“You have between AOC (Rep. Alexandria Ocasio-Cortez) and [Rep. Ilhan] Omar — and these people that hate Israel. They hate it with a passion — they’re controlling Congress, and Israel is not a force in Congress anymore. I mean, it’s just amazing. I’ve never seen such a change,” he continued.

Progressive Democrats Ocasio-Cortez and Omar only entered Congress in 2019. They were among 11 lawmakers who did not vote in favor of $1 billion in supplemental funding for Israel’s Iron Dome missile defense system in September (Ocasio-Cortez abstained and Omar voted against). But the legislation passed the House overwhelmingly, with 420 votes in favor. It has since been held up in the Senate by Republican Rand Paul.

“And we’re not talking about over a very long period of time, but I think you know exactly what I’m saying. They had such power, Israel had such power — and rightfully — over Congress, and now it doesn’t. It’s incredible, actually,” Trump claimed.

Jewish groups in the past have criticized those who have made such claims about the scope of Israeli or Jewish influence, arguing they amount to antisemitism.

In 2014, the British Economist magazine published a cartoon depicting then-US president Barack Obama, shackled by a seal of Congress overlaid with Stars of David, trying to shake the hand of then-Iranian president Hassan Rouhani, who is being held back by American flag-burning extremists.

The Simon Wiesenthal Center’s Rabbi Abraham Cooper told the Algemeiner news site at the time that “the cartoon fails to deliver anything but the classic ‘Israel controls Congress’ stereotype.”

Also in the radio interview last Thursday, Trump reiterated claims that countries were “lining up” to join the Abraham Accords before he lost his reelection bid to Joe Biden.

Biden is working to revive the Joint Comprehensive Plan of Action, which traded international sanctions relief in exchange for curbs on Iran’s nuclear program. Obama signed the agreement in 2015, but Trump vacated it three years later. Since then, Iran has accelerated its nuclear efforts, with Prime Minister Naftali Bennett saying Tehran is closer than ever to acquiring a nuclear weapon.

Trump, however, claimed that Iran was showing the US “respect,” “for the first time,” in response to his maximum pressure sanctions campaign.

“I was affectionately told I could run for prime minister of Israel and win very easily. They like me over there,” he said before contrasting his popularity in Israel with how Jews in the US felt about him.

“It’s incredible that I didn’t get the kind of a vote from Jewish people that you would think I would get. Jewish people in this country — many of them do not like Israel.

Last June, he said in an interview with the ultra-Orthodox magazine Ami that American Jews do not love Israel enough, otherwise they would have voted for him in last year’s presidential election.

Speaking to US Jews in 2018, he referred to Israel as “your country,” a remark he has also made on other occasions.

Trump has also drawn rebuke for saying that Jews who vote Democrat are “disloyal.”