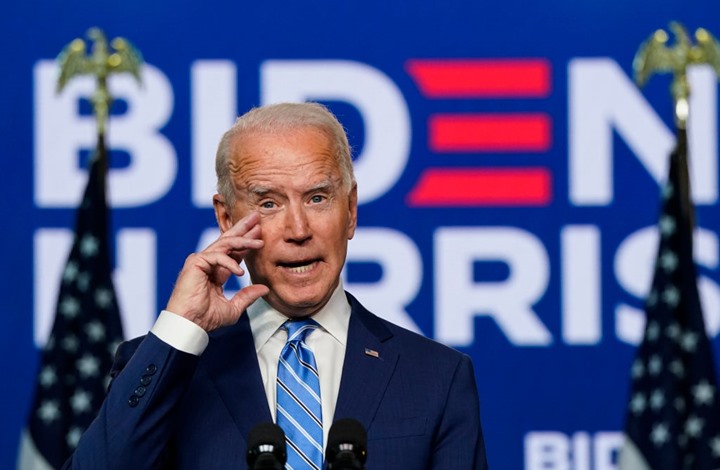 Shafaq News/ President-elect Joe Biden won’t take office until Jan. 20, but many of the challenges he will face are already clear.

The hill Newspaper stated five of the largest issues Biden will need to tackle as he takes over from President Trump.

The COVID-19 pandemic has utterly reshaped American life in 2020. More than 260,000 people in the United States have died, and total cases number more than 13 million.

Biden’s campaign trail promises included improving track-and-trace procedures and asking governors to impose mask-wearing mandates. Biden has also emphasized that he will listen to the best scientific advice available — a clear jab at Trump, who often distanced himself from Anthony Fauci and other experts and floated unproven treatments.

The coronavirus is plainly the biggest issue facing the nation. Any missteps here could cost Biden badly. The Newspaper said.

COVID-19 has exacted a huge price on the economy as well as on the nation’s physical health.

The national unemployment rate in October was 6.9 percent. Even though this was 1 percentage point lower than the previous month and way below the pandemic peak of 14.7 percent in April, it was still almost double the 3.5 percent rate in February, right before COVID-19 hit hard.

There are some things Biden can do via executive order, such as extending protections for renters and mortgage holders. The hill added.

And there is one bright spot — the stock market has performed very strongly since it slumped in late February and March.

The United States has been growing increasingly polarized for decades, moved in that direction not just by politicians but by cultural forces such as cable news and social media.

In recent weeks, Trump’s promotion of conspiracy theories to suggest the 2020 election was fraudulent have had an effect. In the latest Economist-YouGov poll, 80 percent of Republicans and 45 percent of independents said they did not believe Biden’s victory was legitimate.

Biden has some assets as he tries to bring the nation together, not least a centrist image and a long record.

But the forces pushing the nation toward the extremes will not be easily vanquished.

Biden knows he will at least have a Democratic House to work with come January, but the fate of the Senate hinges on two runoff elections in Georgia.

Even in the very best-case scenario for Democrats, where they won both those seats, the Senate would still be split 50-50. Democrats would have a de facto majority because the casting vote in a Senate tie goes to the vice president — but it would be far too close for comfort.

Biden has some advantages, including his own long career in the Senate. As vice president, he at times served as Obama’s emissary to Capitol Hill, and he takes great pride in his ability to reach across partisan lines.

The basic rationale for Biden’s presidential campaign was pretty clear — he was a vehicle to oust Trump from office.

That proved to be more than enough. He defeated Trump by about 4 percentage points, or 6 million votes, nationwide.

There are plenty of policy areas that Biden could move on — not just the pandemic or the economy but also health care, the environment and climate change.

But will he be able to weave those threads together to give his presidency a coherent meaning?

Biden won the election with 306 Electoral College votes - many more than the 270 required - to Trump’s 232, and the electors are scheduled to meet on Dec. 14 to formalize the outcome. Biden also leads Trump by more than 6 million in the popular vote tally.

Trump has so far refused to fully acknowledge his defeat, though earlier this week - with mounting pressure from his own Republican ranks - he agreed to let Biden’s transition process officially proceed.

Biden welcomes Gaza ceasefire, calls for probe into hostilities on both sides