The Russian forces returned to their evacuated base in Ain Issa 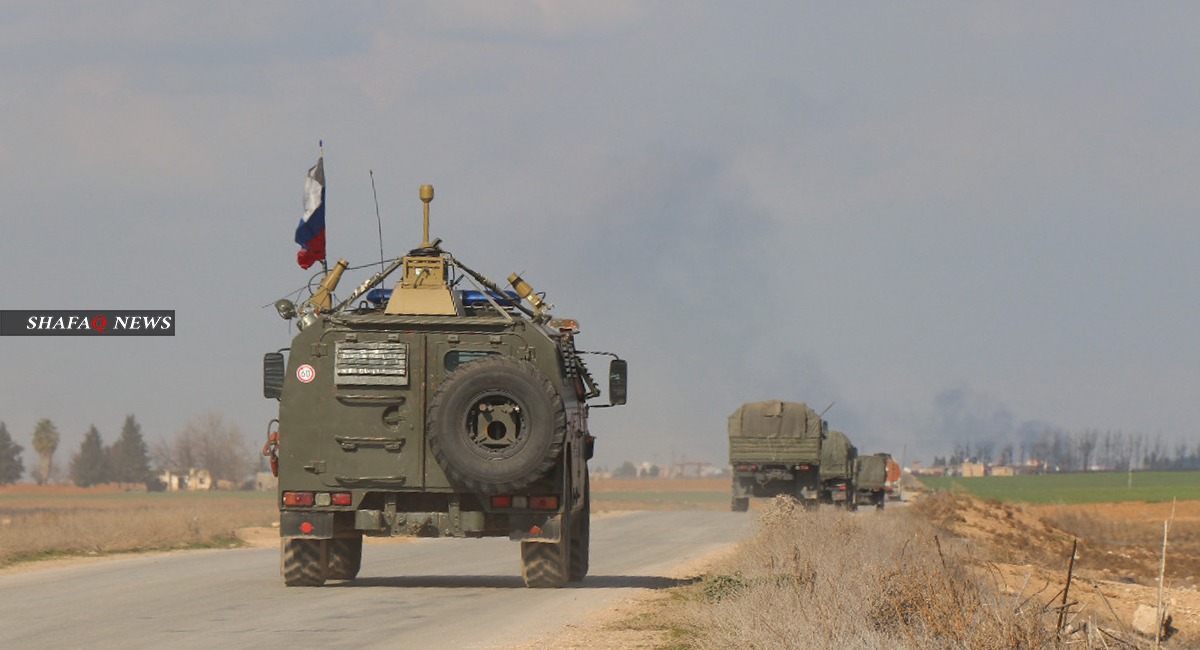 Shafaq News / the Russian forces returned on Monday to their military base in Ain Issa city, northern Syria, after evacuating it yesterday evening.

Yesterday, Sunday, Russian forces lowered the flag of Russia from the base and moved troops, military armored vehicles and radar devices to their base in Tal Al-Samen in the eastern countryside of Ain Issa.

"The Russian forces returned with all their equipment to their military base in Ain Issa in the early hours of Monday morning, and Russian flags were raised again," a SDF source told Shafaq News Agency.

"It is still unclear why the Russian forces evacuated and then returned to their base in Ain Issa within 24 hours.” However, the source said that the Russia is trying to put pressure on the SDF in Ain Issa region at the same time when Turkey launched ongoing attacks since the end of 2020.

The source added that "the Russian forces moved troops and four armored vehicles this morning from their military base in Tal Tamer, north of Hasakah, to Qamishli airport.

Tensions between Russia and the SDF have erupted since the Syrian Democratic Forces prevented the Russian forces from moving freely in the region and establishing new military checkpoints, especially in the oil fields areas in the countryside of Derik (Al-Malikiyah).

Ain Issa is located halfway between the Syria–Turkey border town of Tell Abyad and Raqqa; it sits along the M4 highway that links major Syrian cities where the Russian-Turkish patrols usually take place.

Ain Issa, east of the Euphrates (Al-Furat) River, also has a sprawling camp for displaced people where the SDF has held families of ISIS fighters, including foreigners.