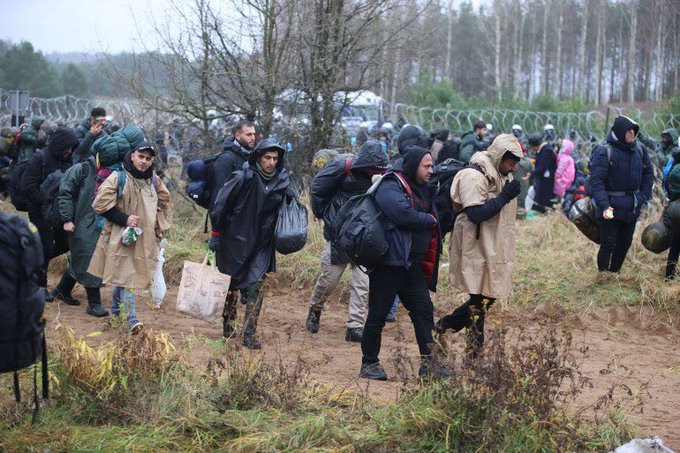 Shafaq News/ Russian and Belarusian fighter jets jointly patrolled Belarus' border on Thursday, the Belarusian defence ministry said, in the latest sign of Moscow's support for its ally in a standoff with the EU over migrants camped at the frontier with Poland.

The European Union has accused Belarus of flying in thousands of people from the Middle East and pushing them to cross into the bloc in retaliation for EU sanctions imposed over President Alexander Lukashenko's crushing of protests against his disputed re-election last year. Belarus denies this.

Moscow has signalled its political and military support for Belarus, including by sending nuclear-capable strategic bombers to patrol Belarusian airspace two weeks ago.