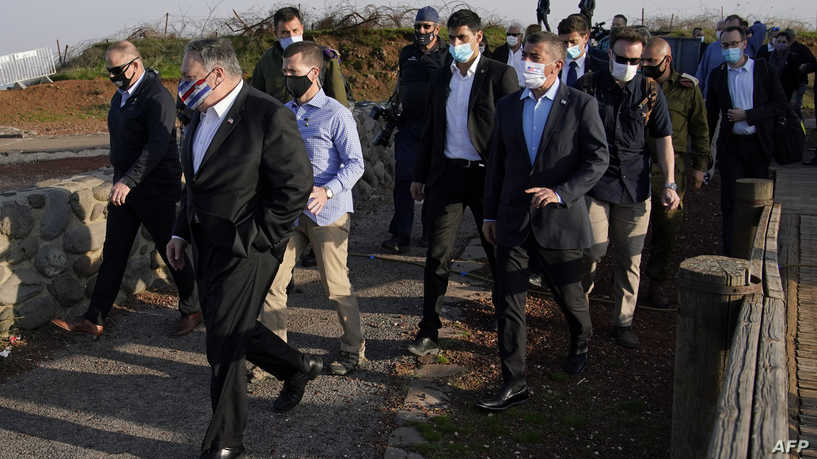 Shafaq News/ U.S. Secretary of State Mike Pompeo said on Tuesday, without providing hard evidence, that al Qaeda had established a new home base in Iran.

Pompeo told a news conference at the National Press Club in Washington that he was announcing publicly for the first time that al Qaeda's Abu Muhammad al-Masri died on Aug. 7 last year.

Pompeo said his presence in Iran was no surprise, and added:

"Al-Masri’s presence inside Iran points to the reason that we're here today ... Al-Qaeda has a new home base: it is the Islamic Republic of Iran."

Abdullah Ahmed Abdullah, who went by the nom de guerre Abu Muhammad al-Masri, was gunned down by two men on a motorcycle in the streets of Tehran on Aug. 7, the New York Times reported on November.

The killing of Masri, who was seen as a likely successor to al Qaeda’s current leader, Ayman al-Zawahiri, was kept secret, the newspaper said.

Yet, Al Qaeda has not announced his death, and Iran denied the Newspaper report, saying there were no al Qaeda “terrorists” on its soil.

FWA Footballer of the Year: zero vote to Salah

The first Hagia Sophia’s pray in presence of Erdogan