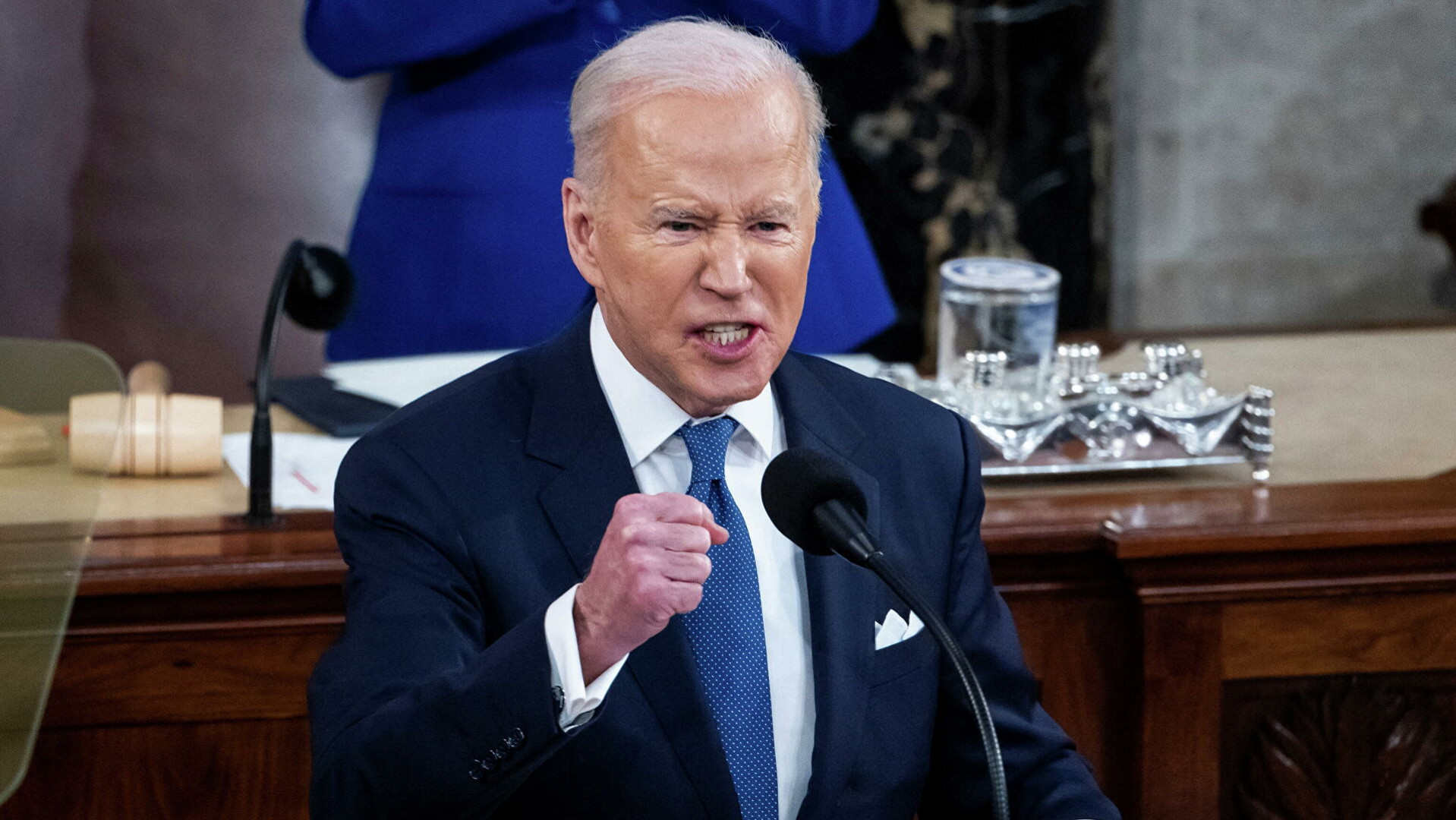 Shafaq News/ Joe Biden has pledged to use the US military to defend Taiwan if China were to invade in remarks made during his first visit to Japan as US president.

“Yes. That is the commitment we made,” Biden said at a joint news conference in Tokyo on Monday when asked whether he was willing to use force to defend Taiwan.

Speaking alongside Fumio Kishida, Japan’s prime minister, Biden added that if China were to take Taiwan by force, “it will dislocate the entire region and be another action similar to what happened in Ukraine”.

Biden’s response appeared to overturn the decades-old US policy of “strategic ambiguity” under which Washington does not make clear if it would defend Taiwan in the face of Chinese hostilities.

The ambiguous stance is designed to warn Taipei not to declare independence — which would almost certainly spark a Chinese attack — while forcing the Chinese military to reconsider action against Taiwan.

Beijing considers self-governing Taiwan part of its territory, and has threatened to take it by force if Taipei resists submitting to its control indefinitely Shortly after Biden spoke in Tokyo, the White House said US policy had not changed. “He reiterated our ‘one China policy’ and our commitment to peace and stability across the Taiwan Strait,” said a White House official. “He also reiterated our commitment under the Taiwan Relations Act to provide Taiwan with the military means to defend itself.”

Biden made the comments as the US and Japan agreed to strengthen security co-operation and deterrence, pointing to “China’s increasingly coercive behaviour” and the nuclear threat in North Korea.

Taiwan’s foreign ministry said: “[We] express sincere welcome and gratitude to President Biden and the US government for reaffirming their rock-solid commitment to Taiwan. The challenge posed by China to the security of the Taiwan Strait has raised great concern in the international community.”

“We will fundamentally reinforce Japan’s defence capabilities to ensure peace and stability in Asia,” Kishida said as he promised to “substantially increase” the country’s defence budget and consider first-strike capability against enemy bases.

The meeting between the two leaders comes at a critical moment for Japan as it plans to revamp its national security strategy at the end of the year. On Tuesday, Biden will also attend a meeting of the Quad, an Indo-Pacific security grouping that includes the US, Japan, India and Australia aimed at addressing China’s assertiveness in the region.

Late last year, Biden made similar comments about defending Taiwan on two occasions in off-the-cuff remarks that were immediately rolled back by the White House, which stressed that there had been no change of policy.

While the White House said Biden had not moved away from “strategic ambiguity” towards what is called “strategic clarity”, his comments at a formal press conference with the Japanese prime minister risked provoking a strong response from Beijing, which has repeatedly warned Washington against interfering in Taiwan policy.

In a phone call with Biden in November, China’s president Xi Jinping warned that any person or country that advocated for or supported Taiwanese independence would be “playing with fire” and would “burn themselves”, according to Xinhua, the Chinese state-run news agency.

Chinese foreign ministry spokesperson Wang Wenbin expressed “firm opposition” to Biden’s remarks on Monday, warning that “no one should underestimate the firm resolve, staunch will and strong ability of the Chinese people in defending national sovereignty and territorial integrity.”

Matthew Kroenig, a security expert at the Atlantic Council think-tank, said: “Some say it’s a carefully co-ordinated campaign of ambiguity. Others say that Biden is senile and misspoke. I would argue that at this point the reason doesn’t really matter.

“In the event of a war, it would always be up to the president to decide whether to intervene or not regardless of the formal policy. We now have a clear window into Biden’s instincts on the matter and what his decision would be.” “What he said reflected his attitude, but we have to wait to see what he will actually do,” Lo Chih-cheng, chair of the foreign affairs and defence committee in Taiwan’s parliament, told the Financial Times.

Last May, Kurt Campbell, the top White House Indo-Pacific official, warned that any US declaration that it would defend Taiwan from a Chinese attack would carry “significant downsides”.

Many other top US officials privately argued that shifting to a policy of “strategic clarity” would provoke a Chinese attack on Taiwan.