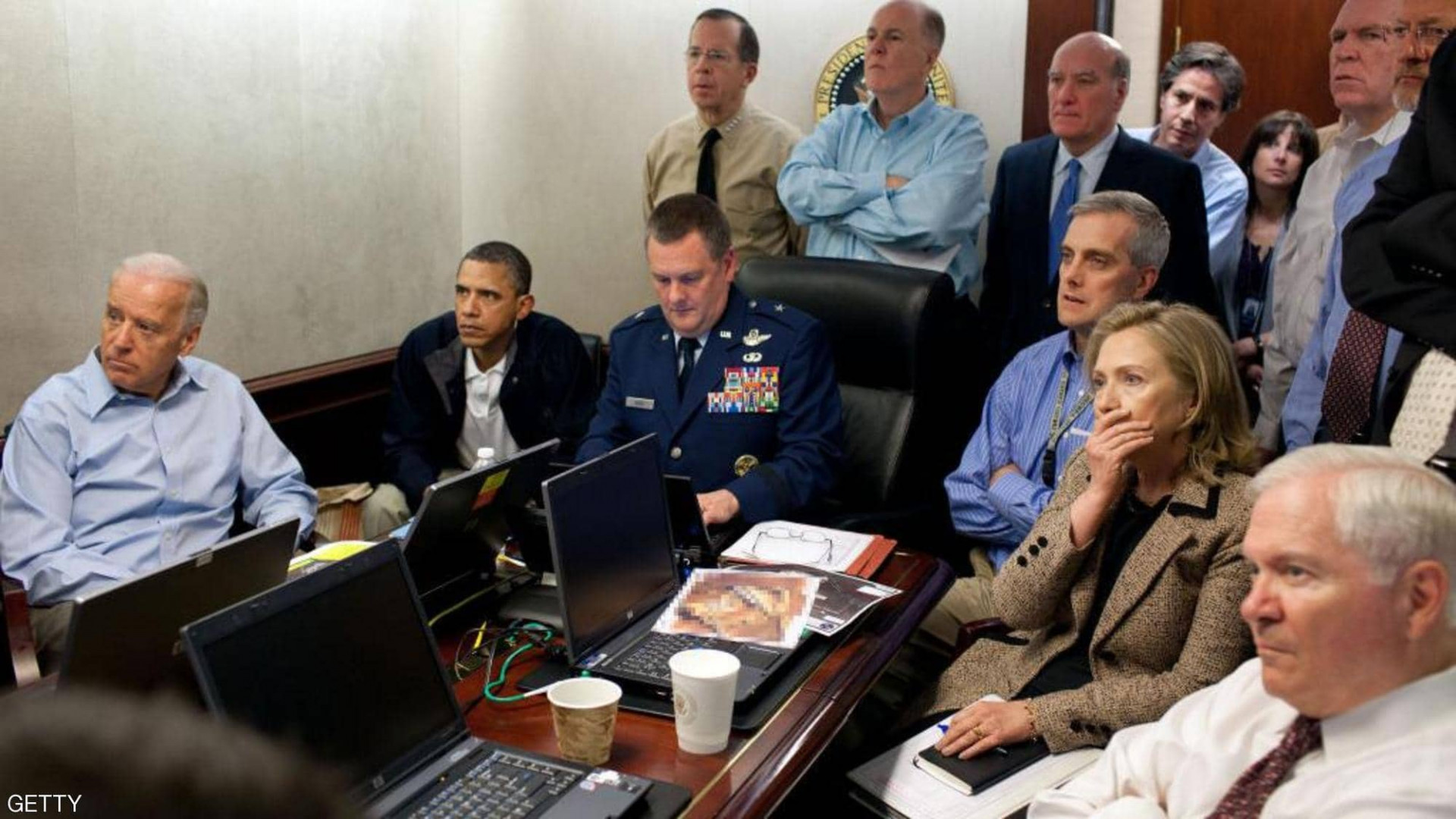 Shafaq News/  (The Guardian) The then vice-president suggested Obama wait before ordering the mission that killed the al-Qaida leader in 2011, new memoir says.

“Joe weighed in against the raid,” Obama writes in A Promised Land, about discussion of the Navy Seals mission, which he ordered to go ahead as intended in Abbottabad, Pakistan, on the night of 1-2 May 2011.

Obama’s book will be published on Tuesday. Guardian US has seen a copy. Obama writes that his vice-president, who will follow him to the White House in January, immediately supported his decision to proceed with the Bin Laden raid.

Whether Biden advised against the raid has been a contentious issue in US politics. During this year’s election, Republican attack ads claimed Biden opposed taking Bin Laden out altogether.

Biden has said that during group discussion of whether to order the raid, he advised Obama to take more time, saying, “Don’t go.” He has also said he subsequently told Obama to “follow your instincts”.

In his memoir, Obama echoes the accounts of other senior aides present in the White House Situation Room nine years ago who have said Biden counselled caution.

Like the defense secretary, Robert Gates, Obama writes, Biden was concerned about “the enormous consequences of failure” and counselled that the president “should defer any decision until the intelligence community was more certain that bin Laden was in the compound”.

In the event, a Navy Seal team flew from Afghanistan to Pakistan and shot dead the al-Qaida leader, the mastermind of the 9/11 attacks.

“As had been true in every major decision I’d made as president,” Obama writes, “I appreciated Joe’s willingness to buck the prevailing mood and ask tough questions, often in the interest of giving me the space I needed for my own internal deliberations.”

Obama also writes that he “knew that Joe, like Gates, had been in Washington during Desert One”.

Gates, Obama writes, reminded him “that no matter how thorough the planning, operations like this could go badly wrong. Beyond the risk to the team, he worried that a failed mission might adversely impact the war in Afghanistan.”

Biden was a US senator from Delaware from 1973 to 2009, then Obama’s vice-president until 2017. Though Donald Trump is refusing to concede defeat in this year’s election, Biden has achieved a clear victory in the electoral college as well as the popular vote and will be inaugurated as the 46th president on 20 January.

Obama’s views of his vice-president will be scrutinised keenly.

He also writes that amid intense discussion in the Situation Room, with the Seal team waiting in Jalalabad, Afghanistan, he himself characterised the raid as “a 50-50 call”.

The CIA chief, Leon Panetta, homeland security adviser, John Brennan, and chairman of the joint chiefs of staff, Adam Mike Mullen, favoured mounting the raid, Obama writes. Hillary Clinton, then secretary of state, thought it was a “51-49 call” – and “came down on the side of sending in the Seals”.

Brennan has called Obama’s decision to go after Bin Laden one of the “gutsiest calls of any president in memory”.

Obama does not write about any subsequent conversation with Biden. But in his account of the immediate aftermath of the mission, he writes: “As the helicopters took off, Joe placed a hand on my shoulder and squeezed.