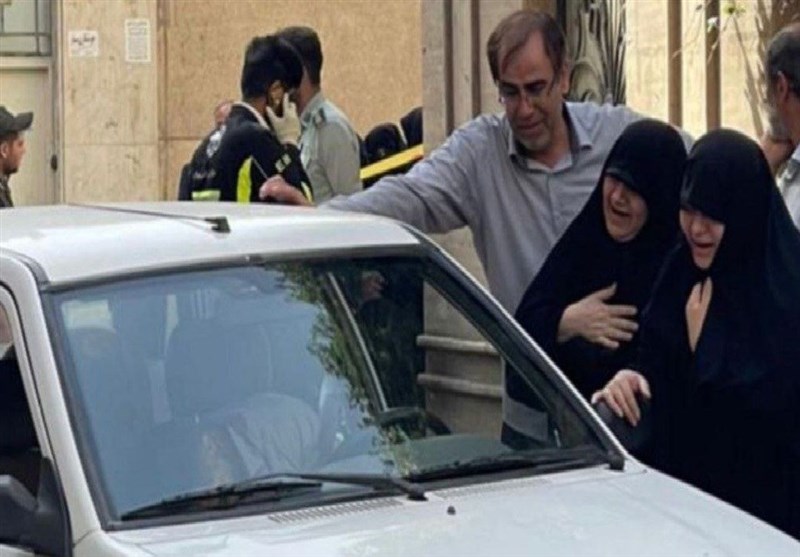 Shafaq News/ Israel has reportedly told US officials that it was behind the assassination of a senior member of Iran’s Islamic Revolutionary Guards Corps earlier this week, in an effort to warn Tehran against the continued operation of an alleged covert unit the target helped lead.

An unnamed intelligence official told The New York Times on Wednesday that Israeli officials had passed along information about the killing of Col. Hassan Sayyad Khodaei, who was shot dead outside his Tehran home on Sunday.

The report did not specify which country the intelligence official represented, but according to Ynet, the Israeli security establishment believes the source was American and is furious about the leak. Israeli officials told the news site that they are demanding answers from their American counterparts, as the report places responsibility for the killing solely on Israel and absolves the US of having played any role. The officials expressed concern that the report might lead to a spike in Iranian attacks against Israeli targets.

According to the Times report, Israeli officials claimed Khodaei was deputy head of the so-called Unit 840, a shadowy division within the IRGC’s expeditionary Quds Force that carries out kidnappings and assassinations of figures outside of Iran, including against Israelis. Khodaei was specifically in charge of 840’s Middle East operations, but he had been involved in attempted terror attacks against Israelis, Europeans and American civilians and government officials in Colombia, Kenya, Ethiopia, the UAE and Cyprus in the last two years alone.

His killing was meant to warn Iran that the group should stop its activities, the intelligence official said.

Iran has never publicly acknowledged the existence of Unit 840 and maintains that Khodaei played a completely different role in the IRGC after joining as a teen, voluntarily enlisting during the Iran-Iraq War and later fighting against the Islamic State in Syria on behalf of the Quds Force.

Two people affiliated with the IRGC told the Times that Khodaei went on to play a key role in the transportation of drone and missile technology to Iran-backed militias in Syria and to Hezbollah fighters in Lebanon. He also served as a tactical adviser to the Syria-based militias.

However, they noted to that Khodaei wasn’t well known outside Iranian security circles and didn’t have a security detail, which would be typical for a senior military official.

On the other hand, senior Quds Force members typically use an alias in the countries they operate, and Khodaei went by “Colonel Shekar,” a Telegram channel affiliated with the IRGC unit was quoted as saying, using the Persian word for hunter.

The plan to target Khodaei may date back to at least July 2021, with Israeli intelligence and military officials telling the Times that that was when the Mossad abducted an Iranian named Mansour Rasouli, whom the IRGC recruited as a hitman.

The Mossad agents sought to extract information from Rasouli about the chain of command in Unit 840, according to the Israeli officials.

Family members of Col. Hassan Sayyad Khodayari weep over his body at his car after being shot by two assailants in Tehran, Iran, May 22, 2022. (Islamic Republic News Agency, IRNA via AP)

Israel then leaked the story of the abduction to the Saudi-funded Iran International — a London-based Persian-language news channel — in an effort to highlight its ability to penetrate Iranian security circles and spook Tehran into stopping the operations of Unit 840, the officials told the Times.

Rasouli denied the account in a video posted on social media and BBC and claimed his attackers tortured him, threatened to kill him and his family, and forced him to confess to receiving money from the IRGC to carry out assassinations in Europe.

Iranian state media called the report on Rasouli’s abduction a “fictional tale” at the time, but on Monday announced that authorities had arrested a number of suspects accused of spying for Israel and kidnapping and extracting forced confessions from Iranians.

Khodaei was shot five times in his car by two unidentified gunmen on motorbikes in the middle of Tehran on Sunday.

Iranian authorities have yet to pin down the suspects, even though the incident took place in the heart of one of the most secure areas in Tehran — Mohahedin-e Eslam Street, home to other senior officials in the IRGC and its elite Quds Force.

Israel, which has made no official comments on the incident, has reportedly raised the security alert level at its embassies and consulates around the world, fearing a retaliatory Iranian attack.

Khodaei’s assassination was the most high-profile killing inside Iran since the November 2020 killing of top nuclear scientist Mohsen Fakhrizadeh.