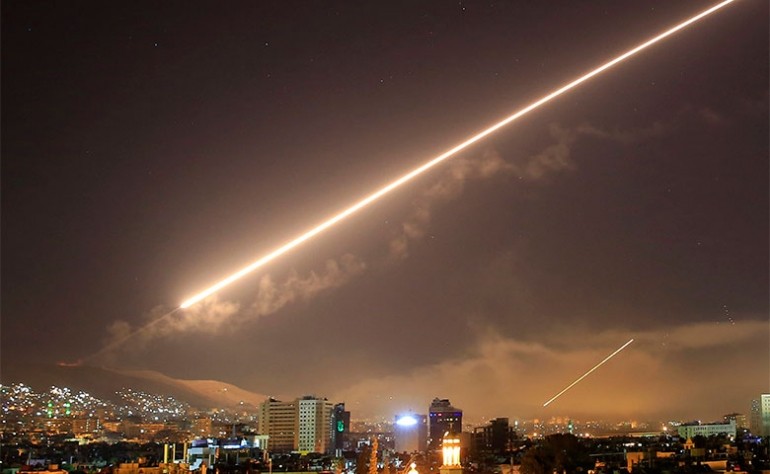 According to the SOHR, the positions are centers for developing weapons in Barzeh and Jamraya in Damascus Countryside.

No casualties have been reported.

Meanwhile, special forces cordoned off the sites, and an ambulance arrived.

In turn, Syria's state news agency said early on Friday that air defenses shot down missiles fired by Israel in the skies over the capital Damascuss.

"The Israeli enemy carried out an air aggression from the direction southeast of Beirut, targeting some points in the vicinity of the city of Damascus," a Syrian military source was quoted as saying in a statement published on state television.

Syrian TV showed scenes of air defenses shooting at targets over the city.

"Our air defense confronted the aggressor's missiles and shot down most of them, and the losses were limited to materiel," the statement said.

The Israeli military declined comment on the reported strike in Syria.