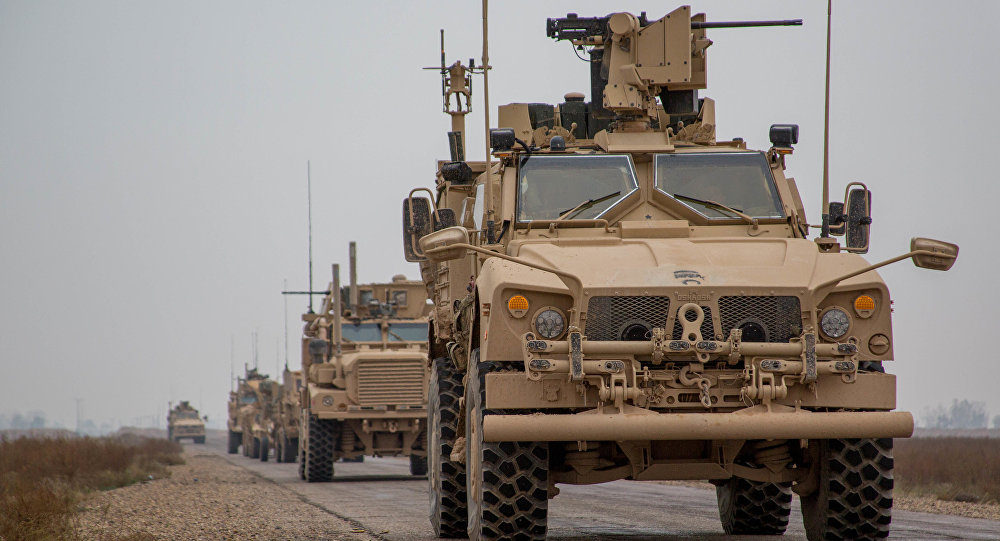 Shafaq news/ Today, Monday, the international coalition denied carrying out any air strikes against Syrian government military sites near Qamishli, in the northeast of the country.

In a statement translated to in Arabic and Kurdish, coalition spokesman Myles Caggins said, “A routine security patrol of the International Coalition came under light weapons fire by individuals near a government checkpoint in Tal Al-Dhahab village, south of Qamishli, after it got safe passage by the Syrian Regime forces'.

Caggins added that "the coalition patrol soldiers had to respond to the source of the fire in self-defense," stressing that there were "no casualties among the coalition soldiers," noting that "the incident is still under investigation."

The spokesman did not say whether there were any deaths among the Syrian government checkpoint personnel.

Earlier Monday, the Syrian Ministry of Defense had reported that a member of its forces was killed and two others were wounded, as a result of an air strike by two American helicopters targeting a Syrian military checkpoint, south of Qamishli.

The Syrian Ministry stated that “the American bombing targeted the checkpoint of the village of Tal al-Dhahab, after the checkpoint's forces prevented an American patrol from passing in the area.”

It is noteworthy that an American patrol had come under fire on February 12, by gunmen in the east of Qamishli, according to a statement by the international coalition.

The Syrian Democratic Forces, with the support of Washington, control the regions of northeastern Syria where the Syrian authorities maintain departments, civil institutions, and military.

Syrian president stops speech due to Health condition before resuming