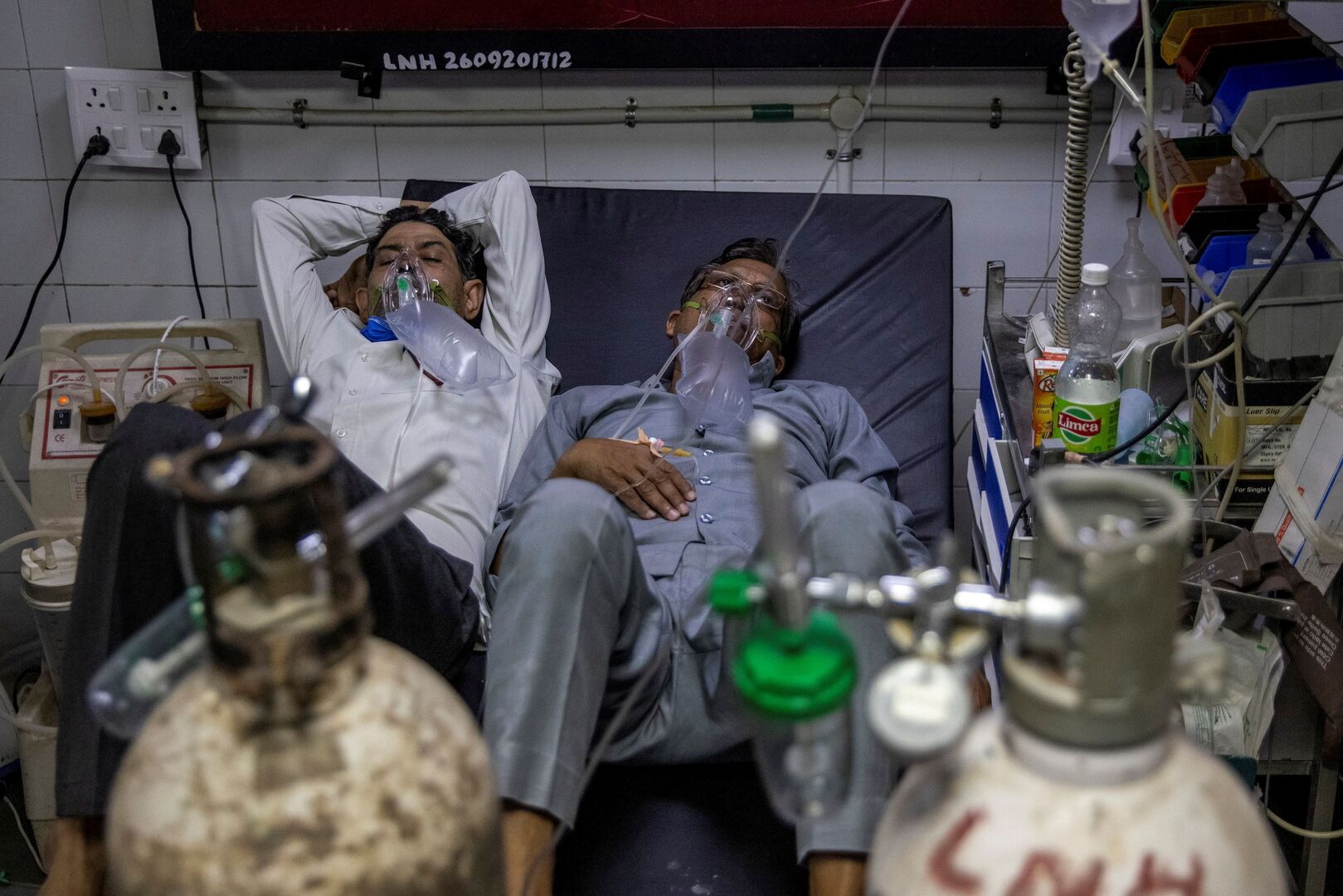 Shafaq News / India accounted for 46% of the new COVID-19 cases recorded worldwide last week and one in four of deaths, the World Health Organization (WHO) said on Wednesday, Reuters reported.

The surge of the coronavirus in India, including of a highly infectious new variant first identified there, has seen hospitals runs out of beds and oxygen, and morgues and crematoriums overflowing. Many people have died in ambulances and car parks waiting for a bed or oxygen.

Worldwide, 5.7 million new cases were reported last week and more than 93,000 deaths, the WHO said in its weekly epidemiological report. India reported nearly 2.6 million new cases, a 20% increase on the previous week, and 23,231 deaths.

The figures are based on official tallies, so India's proportion could be even larger if, as many experts believe, a large number of cases and deaths are not being recorded there as the system becomes overwhelmed. India accounts for almost 18% of the world's population.

There are signs that India's outbreak is spreading to its neighbours. Nepal recorded a 137% increase in cases to 31,088 last week, while Sri Lanka's COVID-19 outbreak was also growing, the WHO said.

On Tuesday India became the second country to record 20 million infections, after the United States. India's coronavirus deaths rose by a record 3,780 during the last 24 hours, with daily infections rising by 382,315 on Wednesday, health ministry data showed.