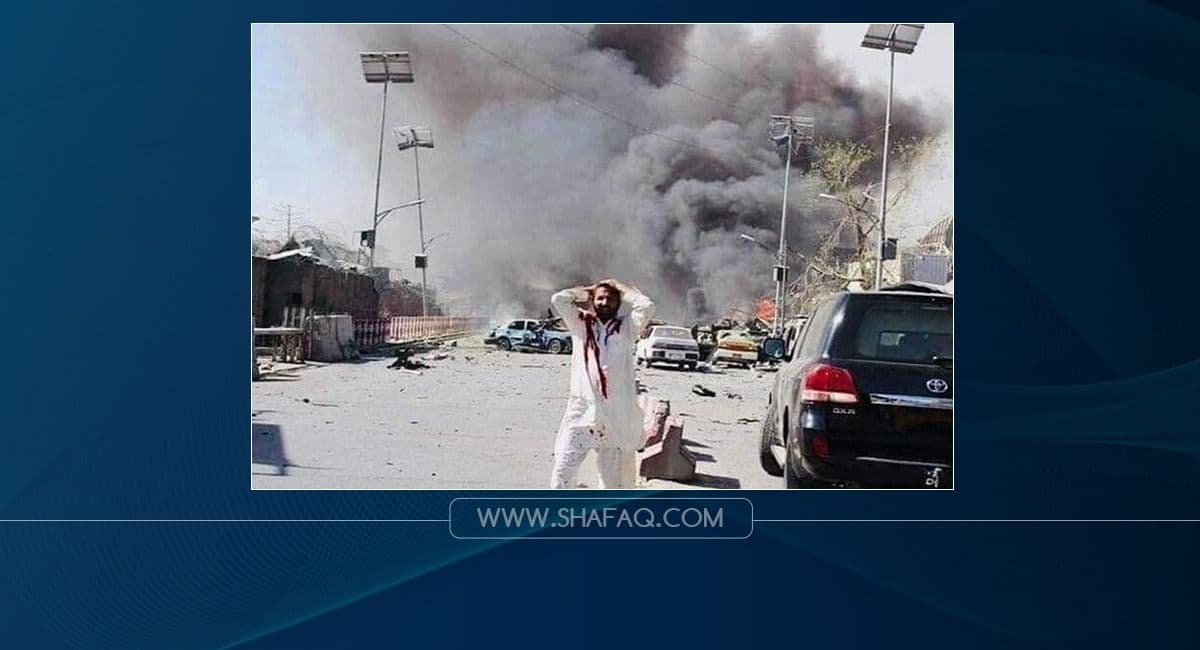 Shafaq News/ A number of people are feared to have been killed in at least two explosions outside Kabul airport following warnings that a terror attack could be launched in the final phase of the evacuation effort.

Pentagon spokesman John Kirby confirmed a blast occurred near the Abbey Gate of Hamid Karzai International Airport on Thursday and “resulted in an unknown number of casualties”, including civilians and US nationals.

Mr Kirby also confirmed at least one other explosion near the nearby Baron Hotel, while the Russian Foreign Ministry said the attacks in Afghanistan’s capital had killed at least 13 people and wounded 15.

Prime Minister Boris Johnson will chair a Cobra meeting later on Thursday after being updated on the situation, a Downing Street spokesman said.

The blast came after armed forces minister James Heappey warned that there was “very credible reporting” of an “imminent” and “severe” terror threat.

He had urged people queuing outside the airport trying to flee the Taliban to move to safety amid concerns over an affiliate of the so-called Islamic State in Afghanistan, known as Isis-K.

Alicia Kearns, a member of the foreign affairs and national security strategy committees, said there had been “many hurt” in an attack at the Baron Hotel, where the UK is processing Britons and Afghans eligible for evacuation.

The Conservative MP tweeted: “A bomb or attack with gun fire at northern gate of Baron’s Hotel. Worried this will devastate evacuation – so many hurt. My heart is with all those injured and killed.”

Her colleague Nus Ghani said she was on the phone to somebody outside Kabul airport when the blast took place.

She tweeted: “Explosion at Kabul airport. I was on the phone to an Afghan outside the airport when he heard the explosion.”

She later said he was “OK” and was heading to a “safe house”.

The Ministry of Defence said it is “working urgently” to establish what happened in Kabul and “its impact on the ongoing evacuation effort”.

A statement added: “Our primary concern remains the safety of our personnel, British citizens and the citizens of Afghanistan.”

For the US military, Mr Kirby added: “We can confirm that the explosion near the Abbey Gate of the Kabul airport has resulted in an unknown number of casualties.”

“This is an appalling and cowardly attack on those already fleeing unimaginable horrors,” she added.

“My thoughts are with the Afghan people and the British, US and international personnel who have remained at the airport to save as many lives as possible.”

The evacuation effort was already under extra strain after a warning on Wednesday night from the Foreign Office for UK nationals near the airport to leave and head for safety due to the “ongoing and high threat of terrorist attack”.

Boris Johnson said the following morning that time is running out for the evacuation effort, as the US’s deadline of next Tuesday for the withdrawal of its remaining troops is fast approaching.

The Prime Minister said the “overwhelming majority” of eligible people have now been evacuated from Afghanistan, but he conceded the time left is now “quite short”.

He vowed “we’ll do everything we can to get everybody else” before the deadline for British troops to depart in advance of the exit of US forces, after President Joe Biden refused his request to extend the time frame.

But the PM conceded that although the “lion’s share” of eligible Afghans have been removed from the country, “there will be people who still need help”.

Mr Heappey said Britain has 11 flights scheduled out of Kabul on Thursday but declined to say whether that will be the end of the operation, citing the security of troops on the ground.

The US is providing security at Kabul airport, meaning other allied forces are expected to have to wind down their evacuation efforts and depart ahead of the Americans.

Mr Heappey had said eight RAF flights managed to lift 1,988 people from Kabul within the past 24 hours, taking the total since the Taliban began its march to power to 12,279.

With the main route to flee under threat, Defence Secretary Ben Wallace reportedly told MPs that crossing the Afghanistan border in order to leave would be a “better option”.

On Wednesday, it was believed nearly 2,000 people assessed as eligible under the Afghan Relocations and Assistance Policy (Arap) remained on the ground.

But Mr Heappey said the number outstanding is now “potentially half” of the previous estimate.

Abdi: No solution so far, we are seeking autonomy

ISIS’s Abu Walaa was sentenced to 10.5 years in prison, DW