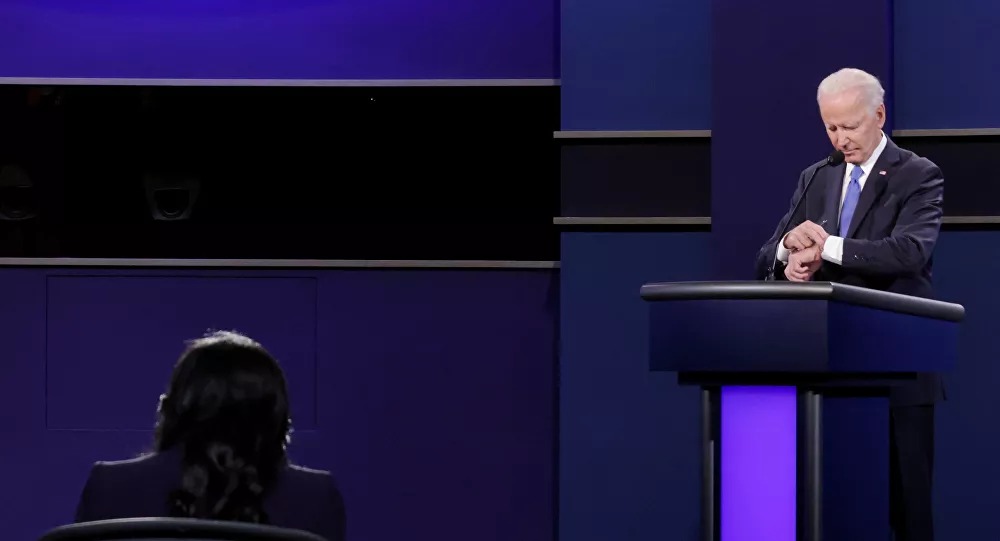 Shafaq News/A moment of Biden in the last debate evoked George H.W. Bush’s glance at his timepiece during a 1992 debate.

The politico stated, when moderator Kristen Welker of NBC told the candidates Thursday night “we're running out of time,” Biden took a long look at his wrist watch to confirm that only about 10 minutes remained in the debate.

The visual was reminiscent of a moment in the 1992 town hall debate between Bill Clinton, Ross Perot and George H.W. Bush, when Bush checked his watch while Clinton answered a question from an audience member.

Bush was criticized at the time for peeking at his watch, with observers saying he appeared bored with the questions raised by voters.

The world is following the US elections that will be held on November 3 to find out who will be the next president,  Republican Donald Trump or his Democratic rival, Joe Biden.