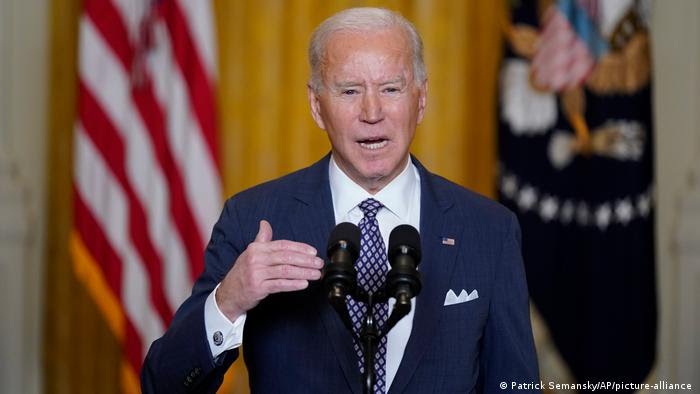 In the May Jobs Report, Biden said that high prices, particularly gasoline and food, are a real problem for people adding that the Americans can tackle inflation from a position of strength.

“The job market is the strongest it’s been since just after World War Two. We’ve got more evidence of that today. We learned that in May, the economy added another 390,000 new jobs, bringing the total since I took office to 8.7 million new jobs — an all-time record.” Biden said.

“A recent survey from the Federal Reserve found that more Americans feel financially comfortable than at any time since the survey began in 2013.”

“In fact, America is in a stronger economic position today than just about any other country in the world.”

The US president pointed out that “Putin’s war has raised the price of food because Ukraine and Russia are two of the world’s major breadbaskets for wheat and corn — the basic product for so many foods around the world.”

“Ukraine has 20 million tons of grain in storage right now, and it’s been in storage since the last harvest. Normally, that would have already been exported into the world market. But because of Putin’s invasion and a blockade of the port at which they could take that grain out for the rest of the world, it’s not. It’s not.”

“I led the world to coordinate the largest release of global oil reserves in history — 240 million barrels — to boost global supply and keep prices from rising even more.”

“And I’m working closely with our European partners to get more of the grain locked in Ukraine right now out into the world market, which could help bring down prices. There are ways to do that over land, which we could talk about at another time.”

“But actions have already helped to blunt that — what would have been an even larger Putin price hike.”

Asked about Ukraine that may achieve some peace, Biden said, “at some point along the line, there’s going to have to be a negotiated settlement here. And what that entails, I don’t know. I don’t think anybody knows at the time.”

“But in the meantime, we’re going to continue to put the — the Ukrainians in a position where they can defend themselves.”

On his visit to Saudi Arabia and meeting with Crown Prince Muhammad Bin Salman, the US president said he has no direct plans at the moment. “But I have been engaged in trying to work with how we can bring more stability and peace to the Middle East.“

“I’m not going to change my view on human rights. But as President of the United States, my job is to bring peace if I can — peace if I can. And that’s what I’m going to try to do.” He said when asked: Is the Kingdom still a pariah, in your eyes?