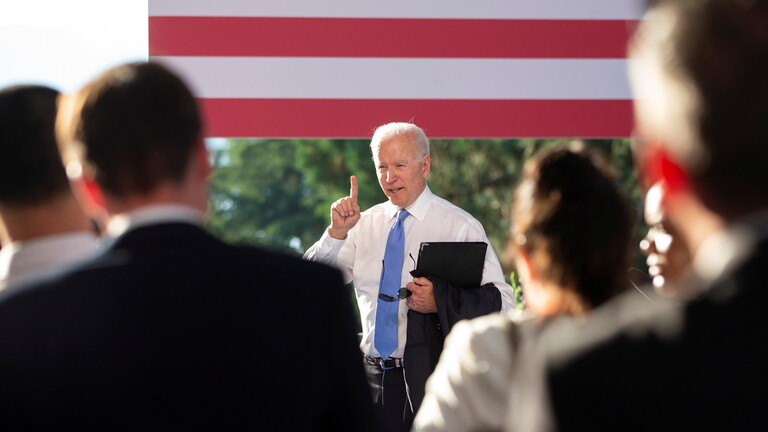 Shafaq News/ US President Joe Biden will convene a virtual "Summit for Democracy" on December 9 and 10 to which heads of state, civil society, philanthropy, and the private sector will be invited, the White House said Wednesday.

The summit "will galvanize commitments and initiatives across three principal themes: defending against authoritarianism, fighting corruption, and promoting respect for human rights," according to a White House statement.

A year later Biden plans to host them once more -- hopefully in person -- to "showcase progress made against their commitments."

He did not give details of the list of countries invited to the summit, which is being seen as an alternative to the G20 and a challenge to Beijing.

The leaders of the G20, whose composition is determined by economic weight and includes authoritarian regimes such as China and Saudi Arabia, are due to meet at the end of October in Italy.

Biden has said that "the challenge of our time is to demonstrate that democracies can deliver by improving the lives of their own people and by addressing the greatest problems facing the wider world," according to the statement.

The American president has repeatedly signalled his desire to once again assume the role of "leader of the free world" traditionally assigned to the occupant of the White House, but which his predecessor Donald Trump never wanted, preferring instead to put "America First."

The White House described the summit as "an opportunity for world leaders to listen to one another and to their citizens, share successes, drive international collaboration, and speak honestly about the challenges facing democracy."

Biden to visit Saudi Arabia, a country he vowed to treat as a 'pariah'