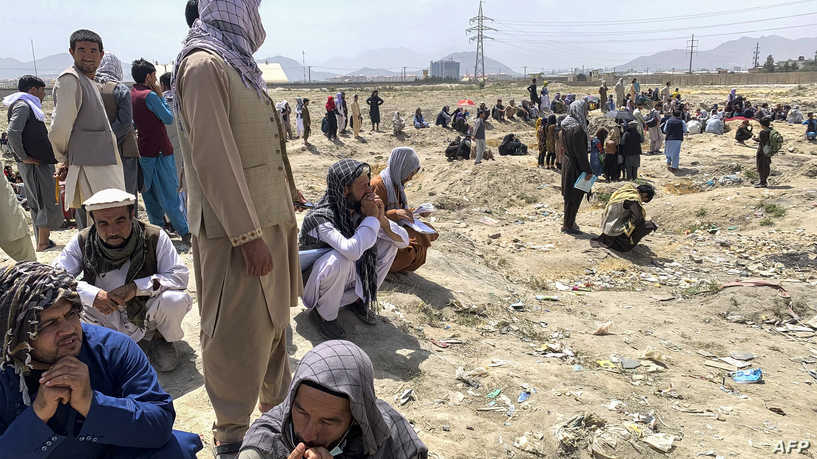 Shafaq News/ As the world leaders gather in Glasgow to talk about climate change and pledge to bring positive changes, Taliban did not want to be left out.

When leaders from around the world were pledging, Taliban too released a statement urging nations to come together and help fight climate change, especially in Afghanistan.

"Afghanistan has a fragile climate. There is need for tremendous work," Suhail Shaheen, IEA Permanent Representative-desig. to UN, said in a tweet.

He also urged several climate-related organisations to resume their climate change projects to ensure that locals do not suffer in the incoming harsh winter and for the next years ahead.

"Some climate change projects which have already been approved and were funded by Green Climate Fund, UNDP, Afghan Aid, should fully resume work. This, on the one hand, will help change the climate for the better and on the other hand, will provide job opportunities for people. The Islamic Emirate of Afghanistan is committed to providing security and safe environment for work of NGOs and charity organizations," his tweet added.

Taliban’s statement has come at a time when world leaders have gathered in Rome to discuss ways of tackling climate crisis which is affecting several industries and health of people all around the world. "The fight against climate change is the defining challenge of our times," Italian Prime Minister Mario Draghi said in Rome as he urged other leaders to come together and act now or "pay a much higher price later and risk failing".

Leaders have now moved to Glasgow where they will be participating in the  2021 United Nations Climate Change Conference (COP26), which is scheduled to take place between October 31 and November 12.

"Let’s be clear - there is a serious risk that Glasgow will not deliver," UN Secretary General Antonio Guterres told leaders of the Group of 20 (G20) rich nations last week. "Even if recent pledges were clear and credible — and there are serious questions about some of them — we are still careening towards climate catastrophe."

Nobody has yet commented on Taliban’s request to work on climate. UK Prime Minister has, meanwhile, pledged to give £50 million to help the women and girls stuck in the Taliban-ruled Afghanistan. "The UK will give £50m to that end, and I urge the G20 to prioritise the rights of women and girls in all our international development efforts," he tweeted.

Taliban "criticizes" the U.S. for not warning it of yesterday's attack