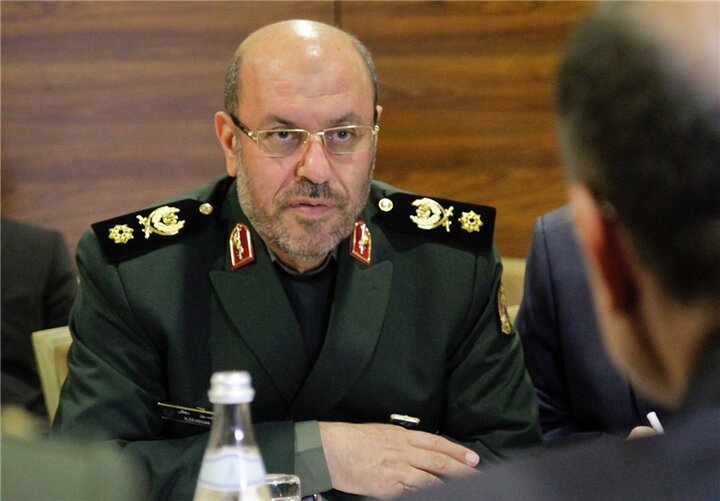 Shafaq News/ (AP) An adviser to Iran's supreme leader who is a possible 2021 presidential candidate is warning that any American attack on the Islamic Republic could set off a “full-fledged war” in the Mideast in the waning days of the Trump administration.

Gen. Hossein Dehghan, a military advisor to Iran's Supreme Leader Ayatollah Ali Khamenei said in an interview with The Associated Press, in Tehran, Iran, Wednesday “the Israeli strikes were a violation of Syria's sovereignty. Israeli warplanes struck Iran-linked targets in Syria overnight after troops uncovered roadside bombs along the frontier in the Golan Heights, the Israeli military said Wednesday.

Associated press said, “Dehghan struck a hard-line tone familiar to those in Iran's paramilitary Revolutionary Guard, a force he long served in before becoming a defense minister under President Hassan Rouhani.”

Dehghan, 63, described himself as a “nationalist” with “no conventional political tendency”.

He's one of many likely to register to run in the June 18 election as Rouhani is term-limited from running again. Others likely include a young technocrat with ties to Iranian intelligence and former hard-line President Mahmoud Ahmadinejad.

While discussing the world Iran finds itself in, Dehghan's points mirrored many of Khamenei's. The former head of the Guard's air force who achieved the rank of brigadier general said any negotiations with the West could not include Iran's ballistic missiles, which he described as a “deterrent” to Tehran's adversaries.

"The Islamic Republic of Iran will not negotiate its defensive power .. with anybody under any circumstances,” Dehghan said. “Missiles are a symbol of the massive potential that is in our experts, young people and industrial centers.” He told AP.

Dehghan, who has been sanctioned by the U.S. Treasury since November 2019, warned against any American military escalation in Trump’s final weeks in office.

“A limited, tactical conflict can turn into a full-fledged war,” he said. “Definitely, the United States, the region and the world cannot stand such a comprehensive crisis.”

While stressing he wanted to avoid conflict, Dehghan warned that Israel's expanding presence in the Mideast could turn into a “strategic mistake.”

“It is opening an extensive front," he said. "Just imagine every Israeli in any military base can be a target for groups who are opposed to Israel.”

Dehghan also said Iran continues to seek the expulsion of all American forces from the region as revenge for the U.S. drone strike in Baghdad that killed Guard Gen. Qassem Soleimani, the head of its expeditionary Quds Force in January. That strike saw Iran launch a retaliatory ballistic missile attack on U.S. troops in Iraq that injured dozens and nearly sparked a war.

Iran’s retaliatory strikes were a mere “initial slap,” Dehghan said. And there would be no easy return to negotiations with the U.S. in part due to that, he added.

“We do not seek a situation in which (the other party) buys time to weaken our nation,” he said.