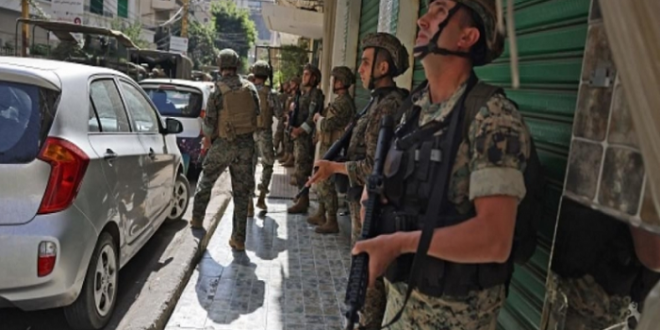 Shafaq News/ Lebanon will observe a day of mourning on Friday for the lives of six people killed during clashes in Beirut on Thursday, Prime Minister Najib Mikati said.

The clashes involved snipers, pistols, Kalashnikovs, hand grenades and rocket-propelled grenades, killing six people, including a woman who died from a stray bullet in her home in south-east Beirut. By evening, calm had largely fallen.

Lebanon's Iran-backed Hezbollah and its ally, the Amal movement, accused the Christian Lebanese Forces (LF) party of carrying out the attack on their supporters.

The protesters "were subjected to an armed assault by groups from the Lebanese Forces party" deployed in nearby rooftops, Hezbollah and Amal said in a joint statement.

Lebanese Forces' leader Samir Geagea denounced the incident, “The main reason behind these events is the uncontrolled and widespread weapons that threaten citizens at all times and places,” he said. "I call on the president, the prime minister and the interior and defence ministries to launch an accurate investigations to identify who's responsible for what happened today in the capital."

The Lebanese army was out in numbers in Tayouneh, Badaro, Cheyah and Ain al Remaneh districts in an attempt to restore calm. However, the clashes continued for hours until they stopped in the early evening hours.

Interior Minister Bassam Mawlawi confirmed that snipers were active at the site of the clashes.

Lebanon’s Prime Minister Majib Mikati declared a day of mourning on Friday for the lives lost.

"Lebanon is going through a difficult phase not an easy one. We are like a patient in front of the emergency room," Mikati said in an interview.

"We have a lot of stages after that to complete recovery."

President Michel Aoun said the violence was a "painful and unacceptable scene, regardless of the causes and culprits," and said events raised chilling memories of the deadly civil war from 1975-1990. The conflict killed an estimated 150,000 and left thousands more missing. The militias involved then still play a major role in Lebanese public life today.

“It is not acceptable for weapons to return as a means of communication between Lebanese parties, because we have all agreed to turn over this dark page in our history," Mr Aoun told the nation in televised comments. He promised an investigation into the violence.

The special tribunal of Lebanon convicts a member of Hezbollah

Depleted uranium at the Lebanon’s Zahrani oil installations are used for research, Official

The Special Tribunal for Lebanon issues its final ruling

Lebanon's lights may go off as cash for electricity runs out

Jordan to supply Lebanon with electricity by year-end