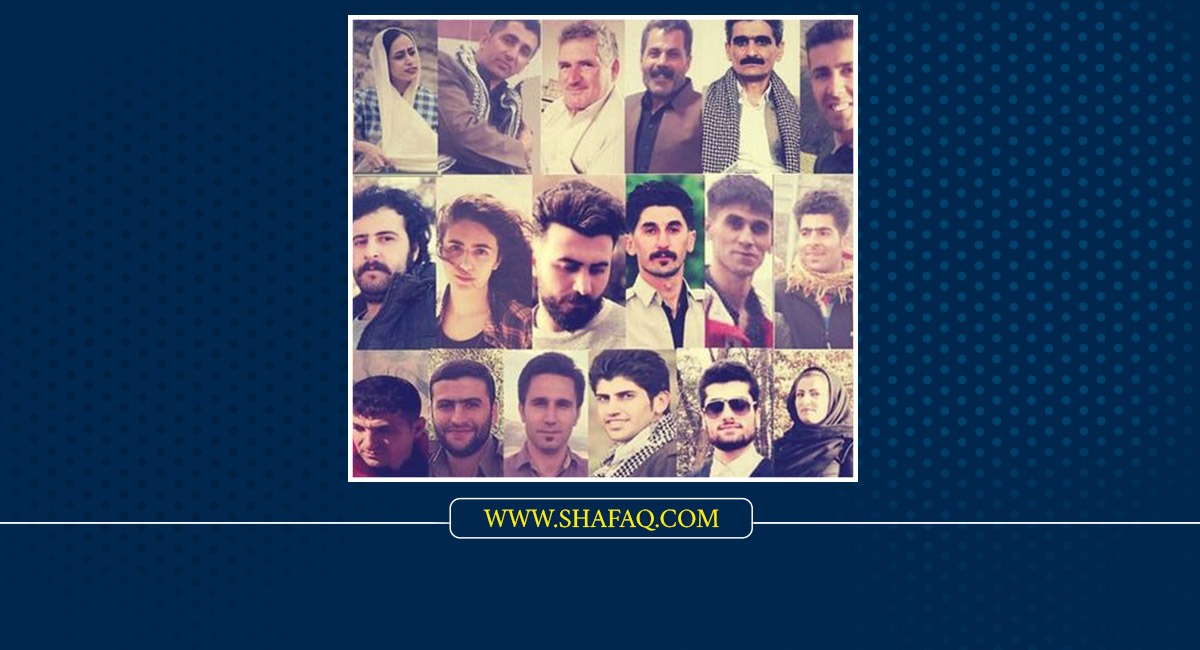 Signatories include Human Rights Watch, Amnesty International, ARTICLE 19, the Center for Human Rights in Iran, the Minority Rights Group and others.

“There are serious concerns that the arrests are due to the individuals’ peaceful exercise of their rights to freedom of opinion, expression and association, including through involvement in peaceful civil society activism and/or perceived support for the political visions espoused by Kurdish opposition parties seeking respect for the human rights of Iran’s Kurdish minority,” they said.

Evidence seen by the groups and their informed sources reveals that since Jan. 6, 96 people — 88 men and eight women — have been detained by the intelligence wing of the Islamic Revolutionary Guard Corps or other state security agents. As of Feb. 2, just seven of those arrested have been released.

The organizations said most of the arrests were conducted without the authorities presenting a warrant.

Their informed sources and whistleblowers said at least 40 of the remaining 89 detainees are being subjected to enforced disappearance.

“The authorities have refused to inform the detainees’ families of the reasons for their detention and have prohibited further communication between the detainees and their loved ones, including phone calls or family visitation,” the letter said.

“The detainees have been denied their rights to access legal counsel and to challenge the lawfulness of their detention, and the authorities have told their families that this situation will continue until the investigation process is completed.”

These conditions of arrest violate Iranian and international human rights law, and could be putting detainees at risk of torture and other abuses.

This recent spate of arrests is by no means a new development in Iran’s approach to its Kurdish minority.

In 2020, some 500 Kurds — including human rights defenders — were arrested and charged with vague national security-related offenses. Their allies believe their arrests were conducted for political reasons.

At least 159 of those detained were subsequently sentenced to prison terms ranging from one month to 17 years. Four received the death penalty.

“It’s urgent that the international community — including the EU and its member states — intervene to raise their concerns about these arbitrary arrests,” Raha Bahreini, Amnesty International’s researcher on Iran said.

“They must publicly call for diplomatic interventions. The authorities inside Iran are refusing to provide any information about their detainees. They’re keeping families in a state of anguish and uncertainty. The detainees haven’t been granted access to either lawyers or their families. They’re at serious risk of torture,” she added.

“Given this situation, the international community and members of the public around the world must raise their voices and call for the release of these activists and ensure that their situation is heard. People need to be carrying out marches, raising these cases through their country’s embassies in Tehran, and seeking meetings with the permanent representatives of Iran to the UN. Journalists and members of the public should also call the Iranian embassies in their respective countries.”

The UN special rapporteur on Iran has said, “Kurdish political prisoners charged with national security offenses ... constitute a disproportionately high number of those who received the death penalty and are executed.”

The four Kurdish activists sentenced to death last year were, according to the letter, subjected to “grossly unfair trials.”

The letter concludes by calling on Iran to “immediately and unconditionally release all those arbitrarily detained and end the campaign of arbitrary arrests of Kurdish people.”

It also demands that Iranian authorities “immediately inform families of the fate, whereabouts and legal status of their detained relatives in state custody and put an end to the practice of enforced disappearance.”

Iran removes its air defense system to Bushehr Province, as a precaution of a possible attack