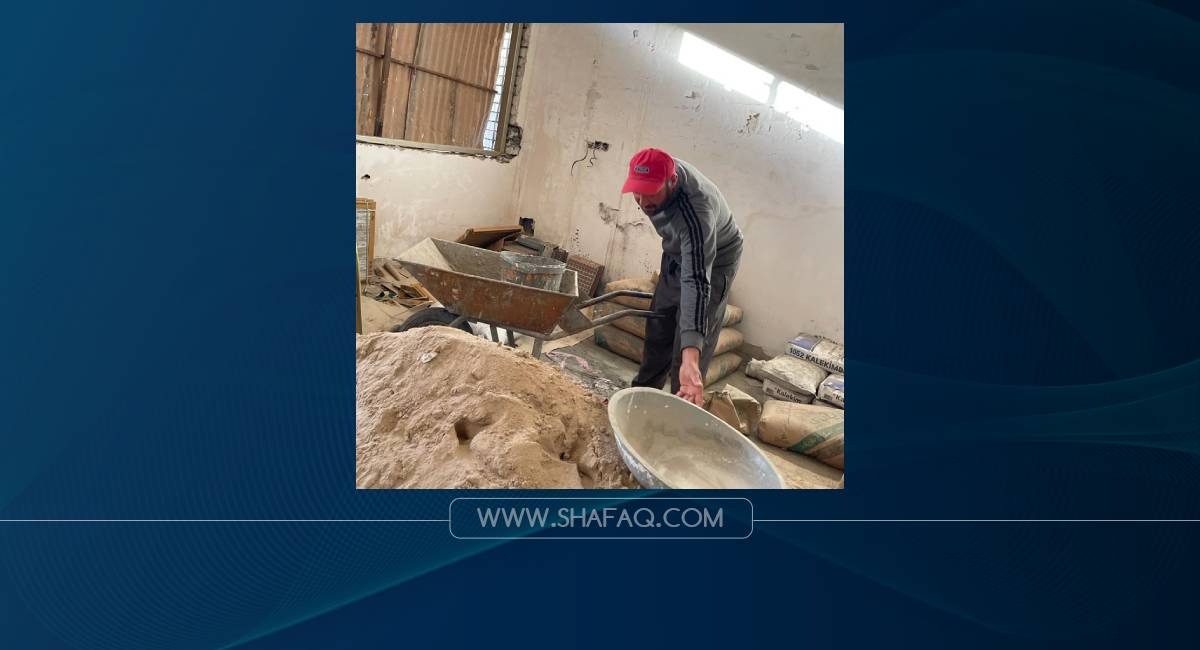 Shafaq News / Construction is the most cumbersome, yet the least paid, job in Iraq. The only equipment is worn-out clothes, a shovel, and the will to wake up early in the morning to join a group of other workers led by foremen, Khalfa in Arabic. For years, this labor has been a field that lacks competition.

However, with the Syrian nationals on board, Iraqi construction workers have begun to find some competition.

Syrian construction workers managed to attract the owners of the houses under construction, leaving their Iraqis as spectators, waiting for an opportunity with every car that passes by in the hope of earning enough to support their families.

Imad, a 33-year-old local construction worker, is a stark example. He found himself gathering his equipment upon the request of the owner of the house that he and his team worked in for a month, and were unexpectedly replaced by Syrian workers.

In an interview with Shafaq News Agency, Imad stated that his job opportunities have recently dwindled as Syrian workers have crowded out Iraqi construction workers who barely have a chance to provide for their families.

According to Mohammed, most of them often fail to get a job if they do not join a team in the early hours of dawn, when the construction market thrives, sending the lucky worker to demolish and remove debris with their simple tools.

"Our work does not have rules. We gather around anyone who comes searching for workers. The wages of the worker range between 25-30 thousand dinars, while the khalfa (the foreman) gets 75 thousand dinars," added Mohammed, "Those who are not picked return to their homes empty-handed. Some come from other governorates to work here, and stay in hotels near the Bab al-sharji area (the eastern gate), Sadr City, and other areas."

Ali, for his part, told Shafaq News Agency, "Because local construction workers do not have pensions, both the young and old continue to work. However, suppose a worker is injured while working. In that case, he is solely responsible, with no sponsor or protection, and cannot provide a salary or assistance to his family until he recovers. As a result, some people put themselves under strain and continue working, while others die due to increased pain from illness or unhealed injuries. We are ignored and treated as numbers."

This file was dug up by Shafaq News Agency, which interviewed several owners of houses under construction in Baghdad about their tendency for hiring Syrian workers. "One of the most important reasons I agreed with a group of tile construction is the quality of their work, their commitment to deadlines, and their continued work until the evening hours without restlessness or fatigue," Abu Abdullah explained.

As for Abu Ali, despite their high wages, the reputation of Syrian workers pushed him to hire a group of Syrian workers to add a Syrian touch to his house, "Syrian workers do not deal with daily wages, but agree on a specified amount, and if we divide the amount agreed upon on working days, we will find that they require less than the Iraqi workers."

According to Interior Ministry sources, more than 8,000 Syrians are deployed in the central and southern governorates, most of them displaced Syrians living in displacement camps in Kurdistan. However, some 4,000 Syrians live in Baghdad, Karbala, Najaf, and Basra, most of them working in malls, restaurants, or tourist facilities.

"Kurdistan's authorities do not mind the departure of displaced Syrians towards Baghdad or other governorates, which prompted the ministry to form teams to implement measures against those who defy fundamentalist controls. As for the displaced, it remains subject to understandings between Baghdad and Erbil," the sources added.