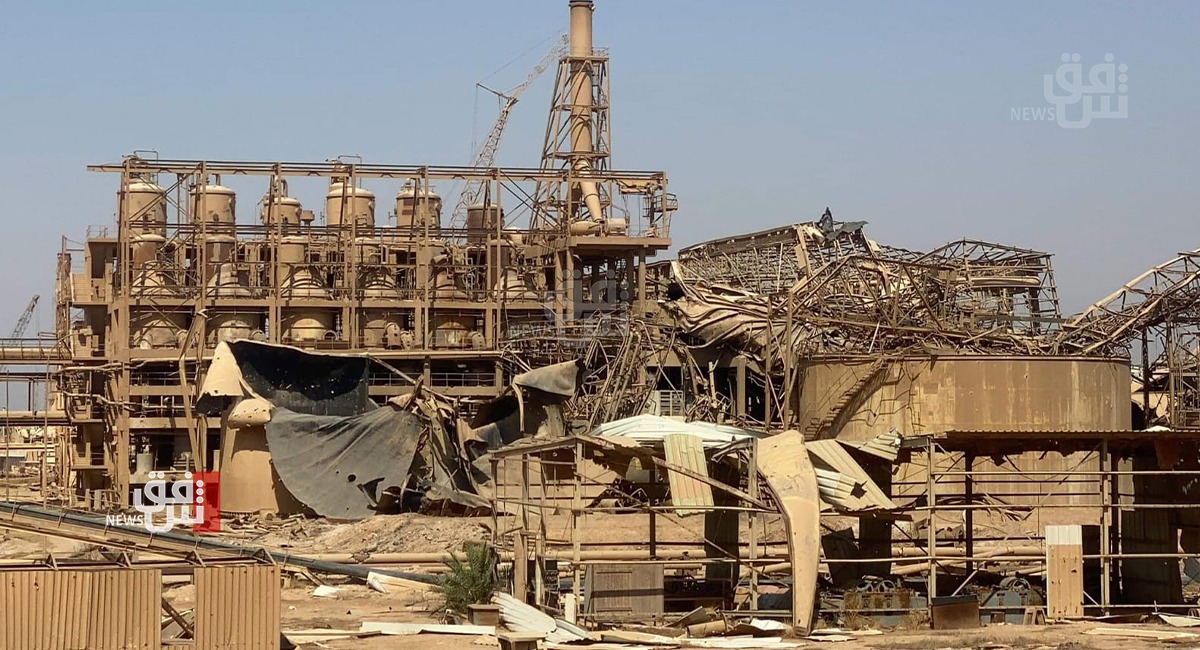 Shafaq News / Beside oil and gas fields, the Akashat town in Rutbah district, al-Anbar governorate, is known to be the home of Iraq's largest phosphate mines before the U.S. invasion in 2003.

Prior to the first Gulf War in 1991, Iraq exported phosphates to east and northeast Asia and several European countries. However, neglect and terrorism, represented by the U.S. occupation and then the invasion of ISIS, destroyed the mines' infrastructure, which Yugoslav companies contributed to their development in the 1970s.

A local official told Shafaq News agency that the federal government turned a blind eye to the mines, which turned Ashakat into an abandoned area, not to forget the armed factions that control it and hinder the completion of any investment projects.

The official, who preferred to remain anonymous, stated, "The Iraqi Ministry of Industry and Minerals has refused to approve several mining investment offers by a British company that has been trying, in vain, to obtain the ministry's approval over the past five years."

Abdul Moneim al-Tarmouz, director of al-Waleed sub-district, told Shafaq News agency, "The Ministry of Industry and Minerals' facilities in Al-Anbar are completely neglected, particularly the Akashat phosphate mines which have been out of service since 2003, even though the revenues that these mines can generate would not be inferior to the revenues oil exports."

"Before 2003, the mines operated in full capacity. It contained a residential city and large world-class vehicles, but it has become an abandoned area," al-Tarmouz added.

"Akashat mine is mismanaged and needs the support of the whole state, not just the governorate," he said, "al-Waleed sub-district also includes the Akkas gas field, which is entirely supported by the Iraqi Oil Ministry, as opposed to the phosphate mines that lack any form of support from the Ministry of Industry," he continued.

He also pointed, "The pretext of militias controlling those areas does not mean that they will not allow them to operate the mines. If the government has the will to work there, we are ready to cooperate with them and provide a safe environment for the workers there."

"If the lack of investment in phosphate mines is due to the militias' control, why are the iron and glass sand available in safe areas, near the 160 area, within the Rutbah district not being used? They are available in quantities that can operate approximately 20 plants."

"Investment in such major mines or factories should be carried out by the government and the Geological Survey Company because local governments are neither allowed to approve or decline the investment offers nor deal with investors," he said.

"The local government in Al-Anbar has repeatedly appealed for investment in the Akashat mines, but it is no different from addressing the dead; the Ministry of Industry and Minerals has given no response," he continued.

"The residential city of Akashat hosts about 7,500 people, most of whom were mine employees and their families. Those employees are still displaced and not allowed to return, under the pretext of fears that they would smuggle mine wealth, especially since the area is located near the Iraqi-Syrian border, and despite our appeals to allow their return, we have not even had a response."

Regarding the possibility of smuggling the mines' wealth, al-Tarmouz commented, "It is impossible because the process needs very high techniques, no less difficult than the extraction of oil."

"The al-Hashd al-Shaabi factions (Popular Mobilization Forces-P.M.F.) control the Akashat area, as well as the Rutba-Okashat road to al-Qa'im district, while the Syrian border with al-Waleed sub-district file will be handed over to the border guards," he continued.

For his part, an official of the General Phosphate Company of the Ministry of Industry and Minerals said, "The company and all its facilities were referred for investment by a Czech company. However, a decision issued by the Council of Ministers in 2020 prevented the investment of mineral resources, and the decision was exploited by some members of the Council of Representatives for political and electoral purposes, on the grounds that phosphates are raw materials, causing the suspension of work."

"If it weren't for these impediments, many of the company's facilities would have been operational," he explained. "The Czech company has been able to obtain preliminary approvals and is in the process of obtaining official approvals to exempt phosphates and sulfur of the Mishraq mines from the cabinet's decision given that it will not sell raw materials. Instead, it will produce and export manufactured products."

"The Ministry of Industry and Minerals has striven to operate phosphate company's facilities, even putting forward a rehabilitation project instead of investment, so that its revenues will return to the state budget. The project was included in the 2021 federal budget but could not obtain approval because there were not enough funds," the official said.

"There are already armed militants controlling the Akasha mines, but so far, no work has been initiated there to be prevented by them," he added.

Saleh continued, "The operation of the Akashat mine is approved and radically linked to the company's reconstruction", Saleh told Shafaq News agency.

"Reconstruction, operation, and development are linked to the process of ratifying the amended mineral investment law, which was prepared to comply with modern investment laws and overcome any possible mistakes or problems, and is expected to be approved soon."

"There are more than 25 closed factories in Al-Anbar due to government negligence, theft, and the damage they inflicted during the war against ISIS, which has had a significant negative impact on the economic reality in the governorate. These factories include phosphate, glass and ceramics plants, textile factories, and many others," said Ahmed Al-Faluji, an economic researcher in Al-Anbar.

He added, "There are many factories that have been stopped, although they have not been subjected to any theft or destruction, and they could resume their activities if they have the necessary means. If those factories were reopened, they would have contributed to attracting thousands of unemployed people and achieving self-sufficiency in many materials."