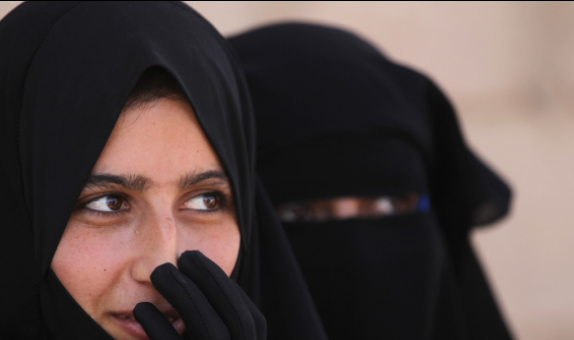 Shafaq News / Between the fear of the unknown accompanying all women, the unemployment, and the reluctance of many young men to marry, women's spinsterhood in Iraq and fortune-tellers has become a curious story.

In Iraq's rural areas, there are so-called "oracles" or "fortune-tellers" that women resort to when they have a problem, as the oracle uses a prayer or mantra to tell them what is inside them, some think that this is true, while others return disappointed and empty-handed.

Shafaq News agency's reporters shed light on what is on those women's minds and the size of their hopes when they visit fortune-tellers.

Our reporters came across a bunch of women waiting for their turn to tell the fortune-teller about their problems, one of whom said that she became a spinster, and the fortune-teller was helping her to get married by giving her a recipe of prayers, incense, and candles.

Another woman said that the fortune teller wanted 250,000 dinars in exchange for a marriage recipe. The woman did not hesitate to pay that amount to rush her marriage, even though she did not have it and had to borrow it from her sister.

Our reporters learned, from the women there, that fortune-tellers also help to have children; an elderly woman - whose son has been married for five years with no children - confirmed that she had resorted to the fortune-teller and was willing to pay for it.

The heresy of the fortune-tellers

On the other end, although many women believe in fortune-tellers, this has not been without investigating the truth of their role and the size of their potential, as Huda - married for eight years - pointed out that she once went to a fortune-teller who told her that she is unmarried and looking for a husband and wanted 400,000 dinars for a recipe she prepared for this purpose.

Reasons for resorting to fortune-tellers

As for the reasons why some women resort to fortune-tellers, social researcher Ahlam Abd Ali told Shafaq News agency, "The lack of cultural awareness and the lack of light shed on such matters in the media, led some women to believe incense and candles."

Abd Ali called on the civil society organizations and the media to highlight such things to get rid of them, "The social situation that the Iraqi people, in general, are going through has prompted some women to seek safety wherever it may be."

Legally, lawyer Mohammed Al-Yasiri, noted that no legislation or legal material is prohibiting the fortune-tellers' work in Iraqi law, "However, fortune-tellers can be prevented in one case, which is if women sue them because fortune-tellers work with the consent of the women who come to them."

GIS: al-Sadr’s exit from politics may have been driven by fear of assassination