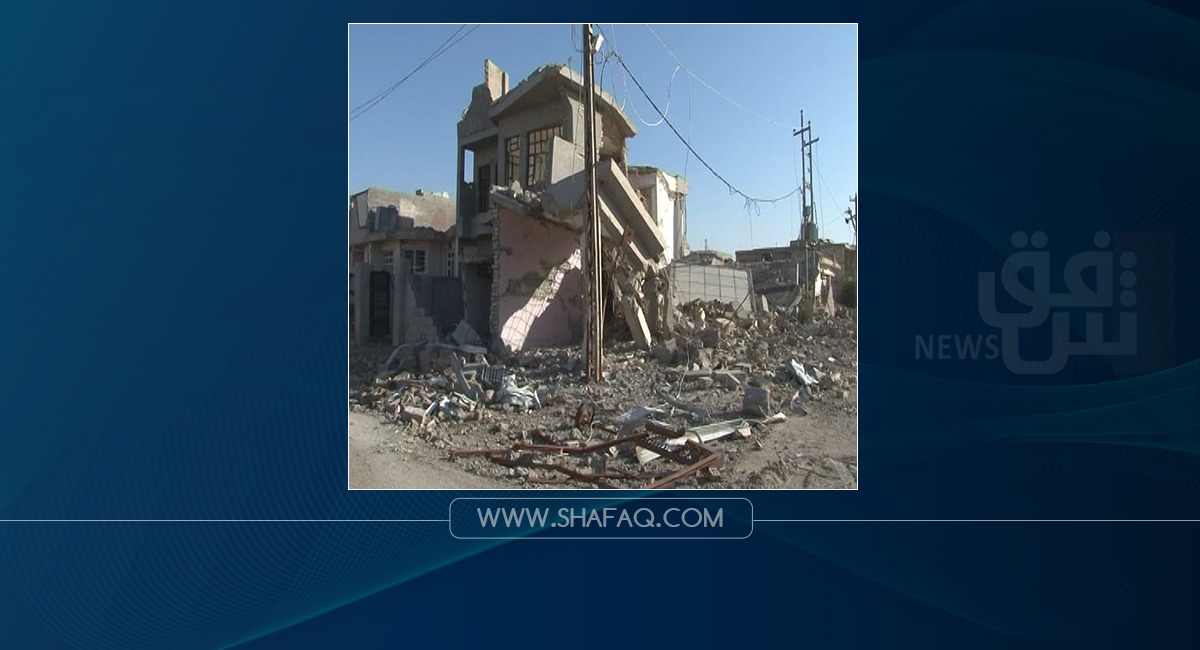 Shafaq News/ Soaring prices of building materials have halted the reconstruction of the war-ravaged houses in al-Anbar governorate, west of Iraq.

Al-Anbar and several other governorates in the north and west of the country were the arenas of fierce battles between Iraqi forces and ISIS militants over three years (2014-2017). That war destroyed a large proportion of infrastructure and houses.

Since ISIS's defeat in 2017, Al-Anbar has been undergoing active reconstruction, but the ever-rising building materials' prices have hindered many citizens' plans to rebuild their houses.

"This also interrupted their return to their territories, which further complicated the process of closing the displaced persons' file," Al-Dulaimi stated to Shafaq News agency, calling for "The intervention of local authorities and the Ministry of Industry to provide construction materials at affordable prices or provide them in installments so that citizens whose houses were destroyed during the war against ISIS can leave the displacement camps and return to their houses."

The Central Bank of Iraq devalued the local currency, the dinar, against the U.S. dollar late last year from 1,190 dinars per dollar to 1,450 dinars.

"I stopped rebuilding my house more than four months ago because the prices of building materials have risen dramatically. I can no longer continue to rehabilitate my house, which was destroyed during the war against ISIS," said Mahmoud Munif, "The government wants us to return to our territories. Yet, it has neither been able to compensate us for our destroyed homes nor have it helped us rehabilitate them. Instead, the government has reduced the price of the dinar as well as our salaries. Hence, we can no longer even make a living, so how can we build our homes?"

The citizen Talal Obeid said, "I prefer to stay in a rented house than build my house at twice the previous price. I cannot bear debts other than the amounts I borrowed from my relatives to pay the rent of the house I currently live in."

He continued, "Five years have passed during which the government repeatedly promised to pay compensation for our homes that have been destroyed by the war, the sole underprivileged of which is the marginalized poor citizen."

"After all that, the government increased the dollar's price, which raised the price of construction materials, food, and medicines. We no longer hope that this government will give us any service, as it stole everything," Talal added.

Security is the key to progress

Industry Minister, Manhal Al-Khabbaz, stated, "The situation is almost back to normal in Al-Anbar. I think safety is the most important way to attract funding, industries, trade, and all other economic activities."

He continued, "Many factors control the issue of competition, the first of which is the availability of raw materials, prices of fuel and electricity, the provision of manpower, and others."

"We strive to provide the best for Al-Anbar's people and Iraq in general. Now the citizen, who was looking for the cheapest, is looking for the best. Iraqi products are the best, but it needs proper marketing and preparations to deliver it appropriately," Al-Khabbaz added.

Reviving national industry is the only solution

"The rise in the dollar has had a significant impact on the construction materials prices. That has led citizens to give up constructing and rehabilitating their houses after they were destroyed during the war against ISIS. That also affected the process of returning the displaced people," said economist Salman Al-Jumaili.

He added, "The majority of the construction materials is imported and depends entirely on the dollar prices."

"To solve that, national production must be activated, especially since Iraq owns many suspended factories that produce building material. The concerned authorities must revive them, particularly the cement, bricks, and glass factories," Al-Jumaili concluded.