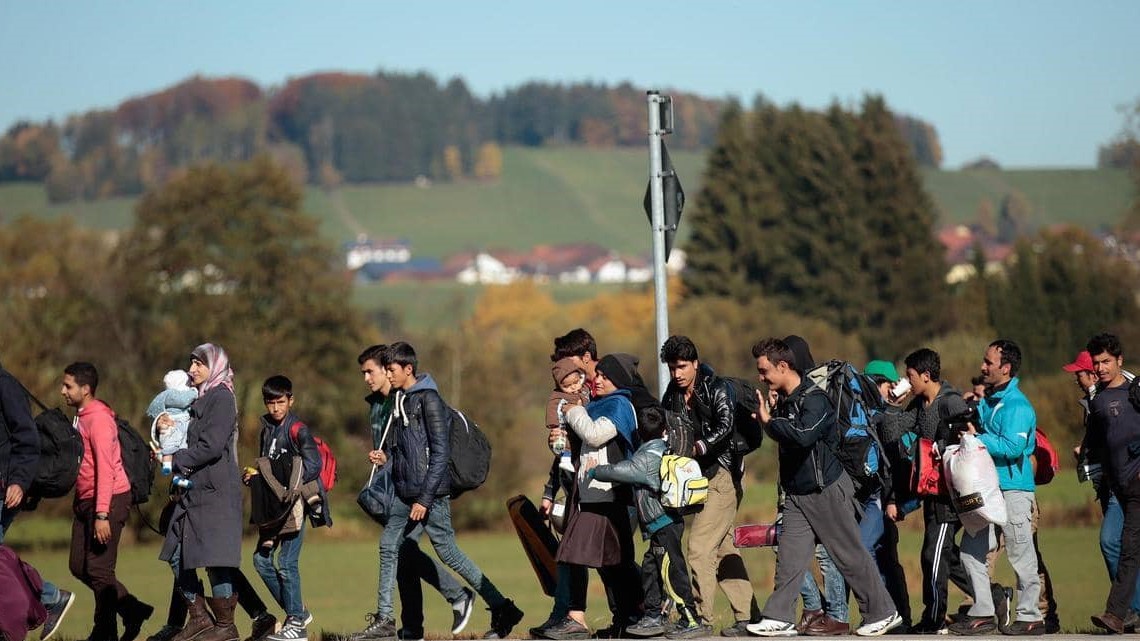 shafaq News /  Since the beginning of October, there have been 11,300 attempts to illegally enter Polish territory from Belarus. So far this year, around 23,000 such attempts have been registered. From there, many make their way to the German border. Three German states border Poland: Brandenburg, Mecklenburg-Western Pomerania and Saxony. Border police say there have been around 6,000 illegal crossings so far this year.

Most of those smuggled out are originally from Iraq, but nationals from Syria, Congo and Cameroon are also among those making the journey to Minsk.

Currently, the main points of departure are said to be three towns in Iraq's Kurdish region: Irbil, Shiladze and Sulaymaniyah. Iraq suspended direct flights from Baghdad in August following pressure from the EU, so now migrants fly via Dubai, Turkey, Lebanon and Ukraine, according to local travel agencies.

A German Foreign Ministry spokesman said last week that there was also a noticeable increase in direct flights to Minsk from Beirut, Damascus and Amman.

The Belarusian Embassy in Irbil reportedly handles visas. However, a travel agent in Baghdad, who didn't want to reveal his name or that of his agency, told DW the embassy had "outsourced visa applications to a number of travel agencies."

He said he used to get such visa requests but had stopped processing them: "I don't do that anymore because it is becoming too shady and I don't want to jeopardize my business. But it used to take between five days to two weeks to get the visas."

In addition, sources confirmed to DW that visa applications were being outsourced to Belarusian embassies in countries other than Iraq.

In this YouTube video, a Russian company called Made in Russia24, which says it offers official tourism services such as providing tourist visas, explains that Iraqis and Syrians can no longer travel as tourists to Belarus on a tourist invitation that bears the stamp of the airport they're flying from. They now, reportedly, require a so-called visa sticker that can be obtained from Belarusian embassies. Iraqis, the company claims, can only secure a visa via the Belarusian Embassy in Ankara.

Belsat.eu, an independent TV station in Belarus, quoted a report by the Belarusian media outlet KYKY.org that 12 travel agencies in Belarus have been given "tacit" approval to organize visas for foreigners.

Some of those agencies had previously been blacklisted, the report states, but later appeared back on the list of approved companies.

VIP Grub, a passport and visa service in Istanbul, also claims to help bring people to Europe through "conventional ways" and implies that Europe needs foreign workers. The texts on the images on this page read: "European airlines only, need 1.2 million refugees. Seize the opportunity. Pay us after arrival."

EU-registered companies are currently leasing aircraft to Belarus' national airline, Belavia. EU foreign ministers want to clamp down on that practice and are considering sanctions.

"Belavia Airlines has direct flights to Minsk from Istanbul, Dubai, and elsewhere. So all you have to do is to get there. It's a bit more expensive but still doable," the Baghdad-based travel agent told DW.

Ireland is the EU's hub for aircraft leasing, with Irish companies managing more than half of the world's hired aircraft. Some Irish firms continue to lease planes to Belavia, which are used to transport migrants to the EU's border. The companies argue that they are contractually bound to do so. Ireland's foreign minister, Simon Coveney, has said he supports sanctions, but only those targeting future lease contracts, not current ones.

Other airlines, like Qatar Airways and Turkish Airlines, have much stricter screening procedures and demand valid papers. However, as the travel agent in Baghdad points out, it can be challenging to ascertain the true nature of a passenger's trip.

"Lots of Iraqis travel to Turkey and Dubai every day. It's impossible to separate out those who want to reach Belarus and those who do not."