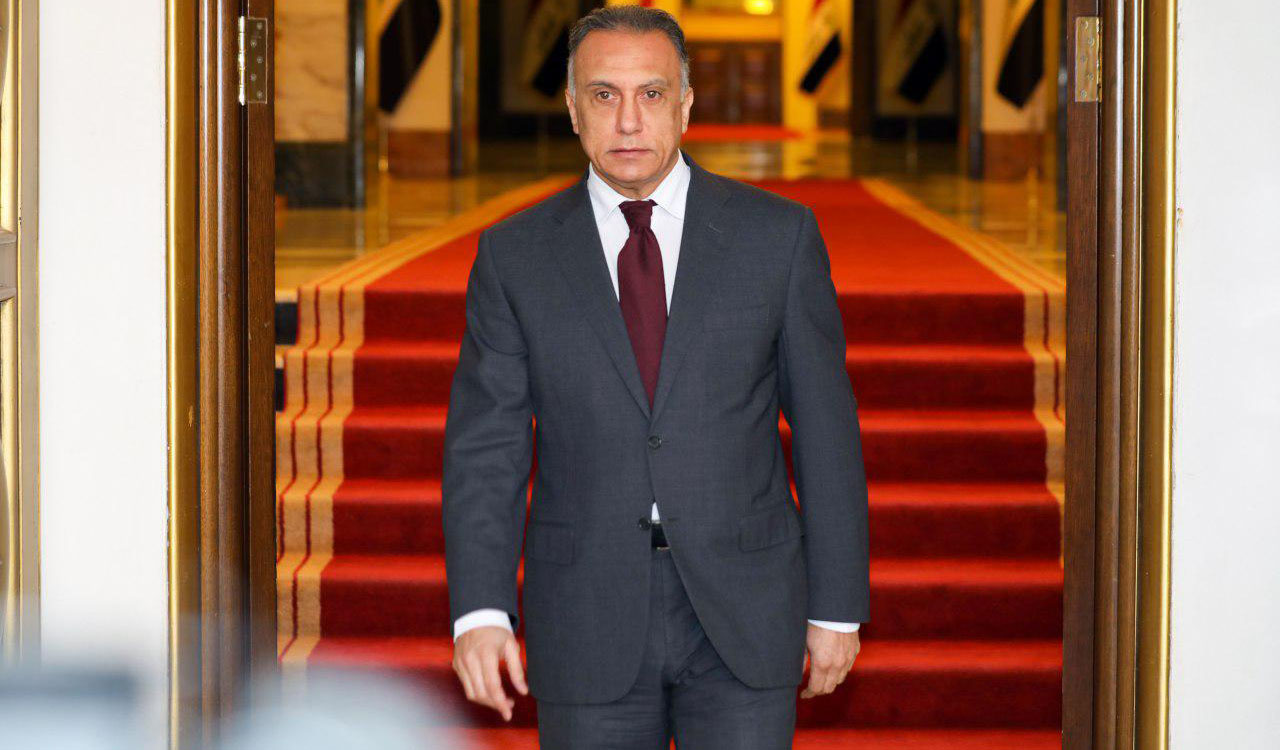 Shafaq News/ Iraqi Prime Minister Mustafa Al-Kadhimi is an unparalleled case in these Iraqi's harsh condition and the regional- international circumstances under the burden of the COVİD-19 pandemic, as it is possible to observe his dense external and internal movement, which makes him “the man of the moment".

"Prime Minister Al-Kadhimi is different from all the former prime ministers, he is an active and persistent young man who follow-up in internal and external affairs”, The National Wisdom Movement leader, Ali Al-Jourani told Shafaq News agency.

The previous events of the few months; in which Al-Kadhimi spent as prime minister illustrate what Al-Jourani said, and perhaps even more so, since by a quick comparison it can be clear that Al-Kadhimi seems to be the most active Prime Minister in the Arab countries.

While there were no significant foreign visits by The Gulf Cooperation Council (GCC) leaders, the situation of the rest of the Arab states was not much different. The majority of Arab presidents and heads of governments exercise their functions remotely for a variety of reasons, including their relatively old age, the risks of the COVİD-19 pandemic, and the preoccupation of other regional and foreign capitals with their economic burdens; reducing the schedules of visits available externally, with limited exceptions, including Al-Kadhimi.

Within a few weeks, Al-Kadhimi was holding talks in Tehran in July, his first foreign visit, and meeting with Iran's Supreme Leader Ali Khamenei and his Iranian counterpart Hassan Rouhani. In August, he was at the White House in Washington overseeing the resumption of strategic dialogue talks with Americans, meeting with President Donald Trump, Speaker of the United States House of Representatives Nancy Pelosi, prominent members of the U.S. Congress, and representatives of major U.S. companies interested in investing in Iraqi projects.

Despite the exceptional timing of the visit and the U.S. preoccupation with the heated election battle, the Americans wished him to extend his visit for another day. Given the dangerous security conditions in Basra after a series of assassinations and bombings, Al-Kadhimi landed immediately in Basra after concluding his visit to the United States.

His visit to Basra was not a formality, for he immediately gathered provincial officials and security service leaders to give orders in his capacity as commander-in-chief of the armed forces, to control the security lapse, and even while in Washington and then in Basra, he made changes to security officials.

"Foreign visits and meetings with Arab and foreign officials in The Iraqi capital of Baghdad are a good indicator of Iraq's interests and foreign relations", Al-Jourani told Shafaq News agency.

Even when Al-Kadhimi is in Baghdad, the agenda and activities of the prime minister are packed with meetings according to official statements and tweets..Meeting with political officials or security leaders, visiting the headquarters of the Iraqi Counter-Terrorism Services (ICTS) or the headquarters of joint operations, inspecting a prison, overseeing a military operation against terrorism, inspecting border posts, visiting martyrs’ families, and then at night, he meets with political leaders to hold consultations on difficult files that direly need to be solved.

Days after returning from Washington and addressing the challenges of Basra, he was in Amman for a summit meeting with Abdel Fattah al-Sisi and Jordan's King Abdullah II. Analysts say that he is strengthening Iraq's economic and political ties with two regionally important capitals, and promoting Iraq's "Arab embrace" which may open outlets for it to The Mediterranean and the Red Sea. The tripartite summit was an occasion for Al-Kadhimi to present his vision of regional challenges comprehensively and to confirm the Iraqi message that he has been sending since he took office: wanting to sow stability in the region, and keeping Iraq away from conflicts and replace that with forms of cooperation, openness, and investment.

Al-Jourani confirmed that by saying, "The foreign activity of Al-Kadhimi has many positive results in terms of economy, investment, security, and other important issues; particularly during which important agreements have been signed with various countries. We are very pleased with Al-Kadhimi's external activity; all of his steps are good up until now and he must continue this activity to restore Iraq's role in the region and the world”.

After the Amman summit, Saudi Arabia returned to open its arms to receive Al-Kadhimi. After requesting a postponement of his visit in July due to the health condition of The Saudi King Salman bin Abdulaziz. Saudi Arabia sent an official invitation to the Iraqi prime minister to visit Riyadh and sent its foreign affairs minister, Prince Faisal bin Farhan for the first time to Baghdad to meet Al-Kadhimi and lead-up for the upcoming visit.

Al-Kadhimi was on a new date with an extraordinary Western official, French President Emmanuel Macron, who was preceded to Baghdad by French Minister of the Armed Forces, Florence parly, at the same pace: from Beirut to Baghdad, to send messages of solidarity and, most importantly, criticism against Turkey.

Ihsan Al-Shammari, head of the Center for Political Thought, said in an interview with Shafaq News agency, "there is no doubt that the diplomatic movement and presence at the geographical level of important countries, such as the United States, neighboring countries such as Iran and the trilateral summit (Baghdad, Amman, Cairo), and the visit of the French president, and the planned in the coming days of visits and receptions is a diplomatic asset to Iraq".

"This signals a new phase to break the isolation imposed on Iraq as a result of the wrong policies adopted by the government of Adel Abdul Mahdi in the Arab and even western worlds, and as a result of the political crisis. There is a new approach represented by opening up to Iraq and Iraq’s interaction with its Arab and Western surroundings, which will greatly enhance Iraq's position and the importance of its role, and give the possibility that Iraq will put forward some approaches to some crises" Al-Shammari added.

Al-Kadhimi is aware of the sensitivity of the stage in Iraq and the region, and realizes that the key to its successes lies in activating its contacts and movement internally and externally, as well as betting on an internal Iraqi understanding of this vision; which will help it consolidate the gains Iraqis can gain.

"Prime Minister Al-Kadhimi is facing internal challenges with the issue of translating these visits and to be a positive reversal within Iraqi internal affairs. There are differing views on the part of the Iraqi political forces between supporters and strong opponents and between those who use missiles as messages of rejection of some agreements and visits", Al-Shammari said.

He also noted, "Investments in the coming period will not be at the level of ambition -despite the area of great openness, the problem is not the agreements that are held, but there are those who are internally disrupting Iraq from taking its diplomatic role and the possibility of being a leader; that is why there are many challenges to these visits and meetings”.

The head of the Centre of Political Thought concluded, "The diplomatic movement is linked to the reforms that the Iraqi government can achieve; if there are no real and serious reforms, these visits will be nothing but a memory”.

It is too early to judge Al-Kadhimi’s foreign movement, in terms of translating it into investments that are rapidly reflecting on the economic situation of Iraqis, or breaking the isolation that has surrounded Iraq in recent years. But surely, the activity of the Iraqi prime minister could yield a return in the phase that separates us from the early elections at the beginning of the summer of 2021, and confirms that the exceptional "man of the hour" will be a regional player to be reckoned with shortly.

Iraq's "Mother of Phosphate": How the successive governments' neglect is strangling Akashat