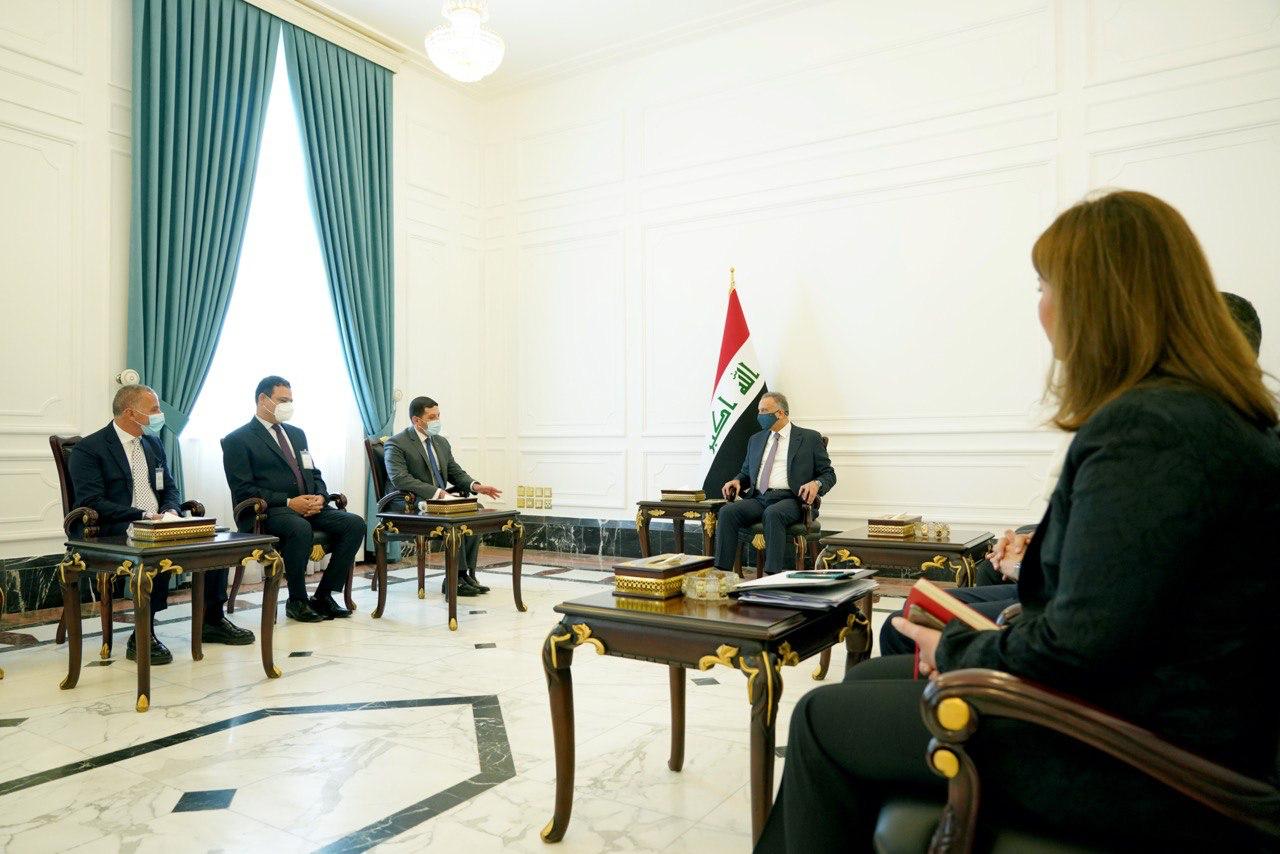 Shafaq News / The Iraqi Prime Minister, Mustafa Al-Kadhimi, decreed today, Thursday, the expedition of the integrated industrial zone to be established in Iraq in cooperation with the Egyptian side.

Al-Kadhimi's office said in a statement received by Shafaq News, "The latter received the delegation of the Egyptian General Authority for Investment and Free Zones headed by Counselor Mohamed Abdel-Wahab. The PM stressed at the beginning of the meeting the importance of bilateral cooperation between Iraq and Egypt as a fundamental pillar in strengthening stability and inter-economic integration."

"The meeting discussed strengthening bilateral cooperation in the field of investment and facilitating the entry of Egyptian companies into the Iraqi market."

For his part, the head of the Egyptian delegation assured Al-Kazemi that "all Egyptian companies and the Egyptian commercial and industrial sectors aspire to cooperate with their Iraqi counterparts to achieve economic progress and integration, and sustainable development for the two brotherly countries."