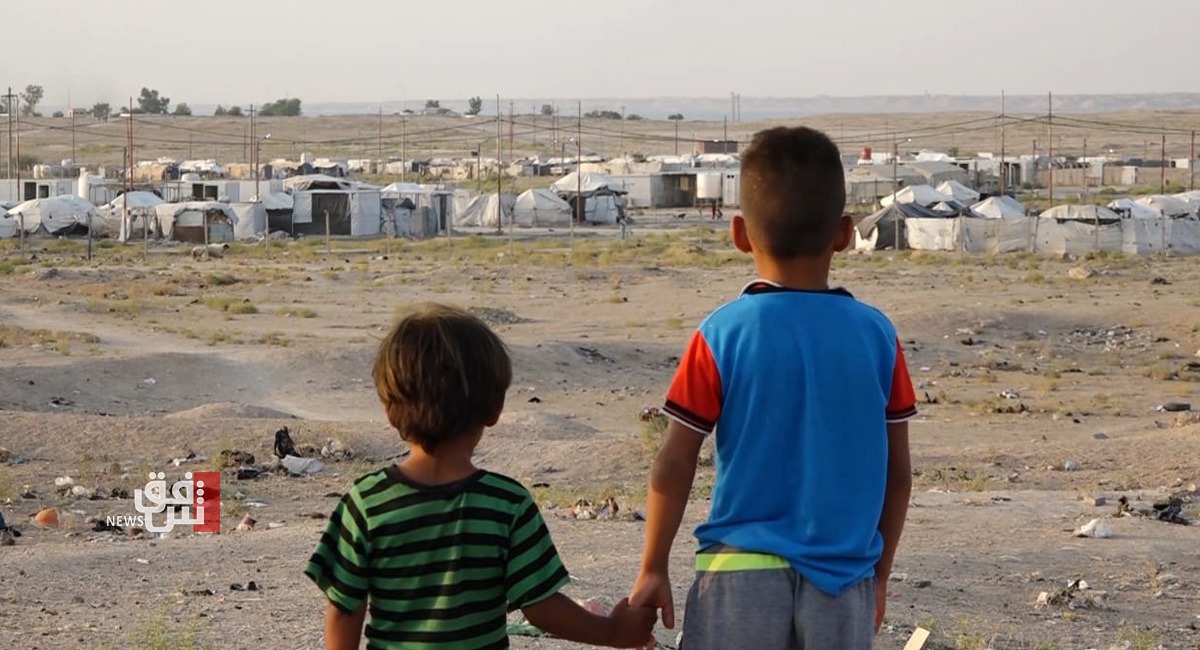 Shaker Al-Issawi attributed the reasons for their reluctance to return to security and economic problems, pointing out that all of them have security or tribal conflicts, or that they are living in deplorable economic conditions.

"Some of the displaced people in Al-Amiriya camp have not been included in the return, namely the residents of Jurf Sakhar in Babil and Al-Aweysat. In addition, there is no decision yet allowing them to return to their areas". Al-Issawi said in an interview with Shafaq News. And he added, "The Ministry of Immigration and Displaced Persons is unable to find a solution for displaced families, as their return requires the provision of a return grant, rehabilitation of destroyed homes, or rent allowance in coordination with international organizations".

Al-Amiriya's administrator continued, "During her visit to Al-Anbar, the Minister of Immigration promised to end the displacement file within one month. Yet, so far, none of the displaced have returned, despite a decision by the Ministry of Immigration and Displaced Persons to return them to their areas of residence. Nevertheless, all the displaced people refused to return, due to security and economic problems. A large part of them refused to return for fear of retaliation because one of their relatives or offspring joined ISIS at the time. As for why the displaced people did not return to their areas, it is because there was no decision to allow their return".

Arshad Saleh, a resident from the Garma district in Al-Anbar said, "I cannot go back to my house, since a police officer took over it exploiting my son's joining ISIS' ranks – whom I disowned years ago".

"I filed a complaint to every security, judiciary, and official authority to help me against those who stole my house, but all my attempts failed. ISIS has rendered us homeless, and now the security forces are doing the same", Arshad added.

Arshad's wife, Raya Nayef, said, "Our tribe did not stand by us. They even disowned us. Only God remained by our side".

Bakir Ali, from Al-Habbaniyah district in Al-Anbar, wondered, "My brother joined ISIS's ranks, what is my fault to pay for a mistake I did not commit? Or have we become a pretext for the government to beg for money from states and organizations in our name?".

"I cannot return for many reasons, the tribes will kill us as soon as we return under the pretext of revenge for ISIS's victims, my house was destroyed during the war against ISIS, and the government does not protect us nor does it give us our rights", he added.

Yaqoub from Jurf Sakhar said, "I do not blame the parties refusing our return because we are a country ruled by militias occupying Jurf Sakhar and preventing our return. I asked Babil's officials to negotiate with any governorate to allocate a place for us instead of Jurf Sakhar because returning to it is nothing but a dream".

"Since the liberation of Al-Anbar, there have been six camps in Ramadi and Al-Amiriya, and today only Al-Amiriya camp and few camps in Al-Habbaniyah left. There is a plan and visions by the local and central governments to solve and close this file at the end of this year", he added.

"The file of the displaced people needs community reconciliation and tribal elders' cooperation with the local government and security leaders to re-integrate those with security suspicions to ascertain and fix them", Kassar concluded.

Amid his rivals' objection, Al-Halbousi leads a movement to make Al-Anbar the capital of Sunni decision