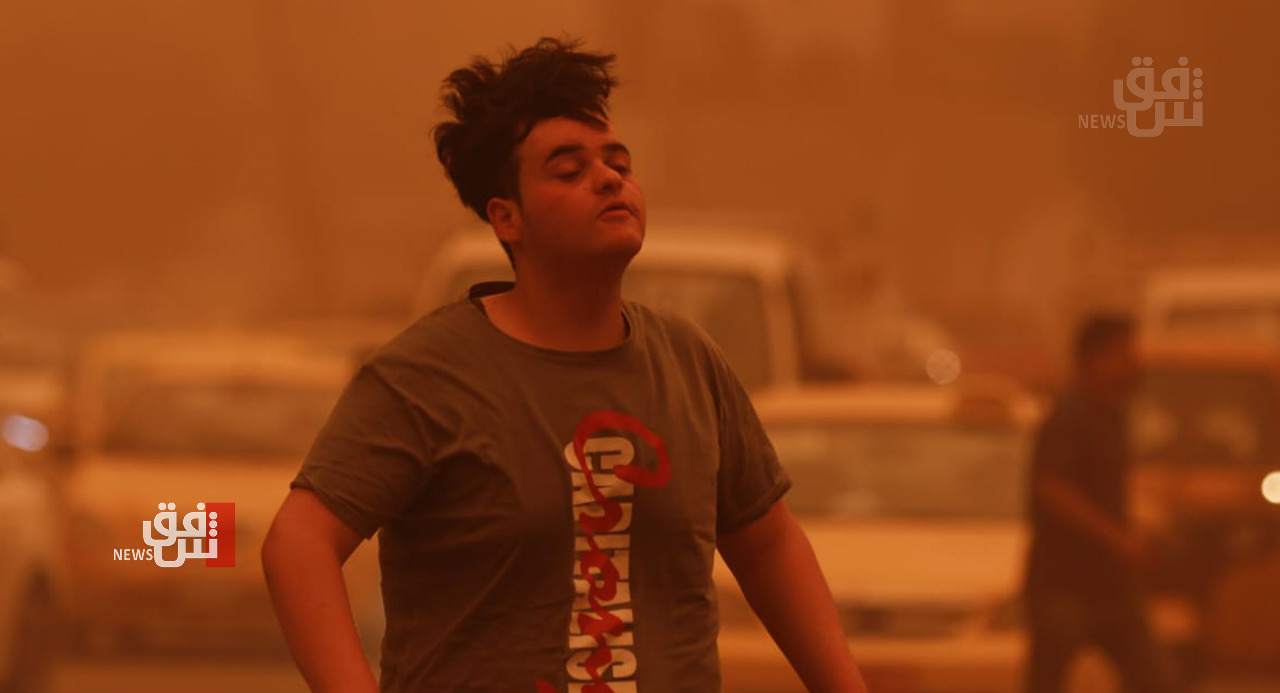 Shafaq News/ Once again, many parts of Iraq have been shrouded under a thick sheet of dark orange dust during the latest in a series of dust storms. Even though it was not the first and definitely will not be the last, the recent sandstorm has uncovered cracks in the first defense wall against large-scale crises.

Over the past month, more than five duststorms have struck Iraq, leaving dozens hospitalized for respiratory emergencies and halting flights at both Baghdad and Najaf airports for several hours.

“Rawa Hospital lacks the necessary supplies to manage weather crises that might jeopardize the lives of many citizens. The hospital is already understaffed and poorly equipped, even before the sandstorms," he said, "if two critically ill patients present simultaneously, the situation might go out of control because we only have a single respirator."

"We have repeatedly asked al-Anbar Health Directorate to deploy more staff in the hospital, but no one heeded our needs," al-Rawi said, "our current staff is exhausted."

Iraq is one of the five countries most vulnerable to climate change and desertification because of drought that kicks in every summer with the weather temperature going north to 50 degrees Celsius.

In the district of Haditha, al-Anbar, the situation was not as worse.

"The medical personnel of our district managed to harness the situation," district administrator Mabrouk al-Joghayfi said, "there were a few minor asphyxiations, but nothing was life-threatening."

"The district of al-Rutba experienced ten dust storms in the past month. With each storm, an average of ten to fifteen patients present with asphyxiations. The majority of the cases were mild and were managed on the spot," said Yaqeen Tahrir, Director of al-Rutba District Hospital.

"Only 10% of cases were critical and required more than two days in the intensive care unit," he added, "despite the shortage in the medical staff, females in particular, the cases were managed swiftly."

"The issue of dust storms is not new to us. We have already taken the necessary precautions and equipped the medical centers with enough oxygen to handle the expected asthma and asphyxiation cases," Ahmed Salem, director of the healthcare sector in al-Fallujah district, told Shafaq News agency.

"The health centers are fully equipped, and there is nothing to worry about. The necessary supplies for dust storm-related illnesses are present in all medical centers," he added, "We urge citizens to drive safely and wear medical masks to avoid suffocation."

GIS: al-Sadr’s exit from politics may have been driven by fear of assassination

Muqtada al-Sadr’s alliance: An opportunity for Iraq, the US, and the region