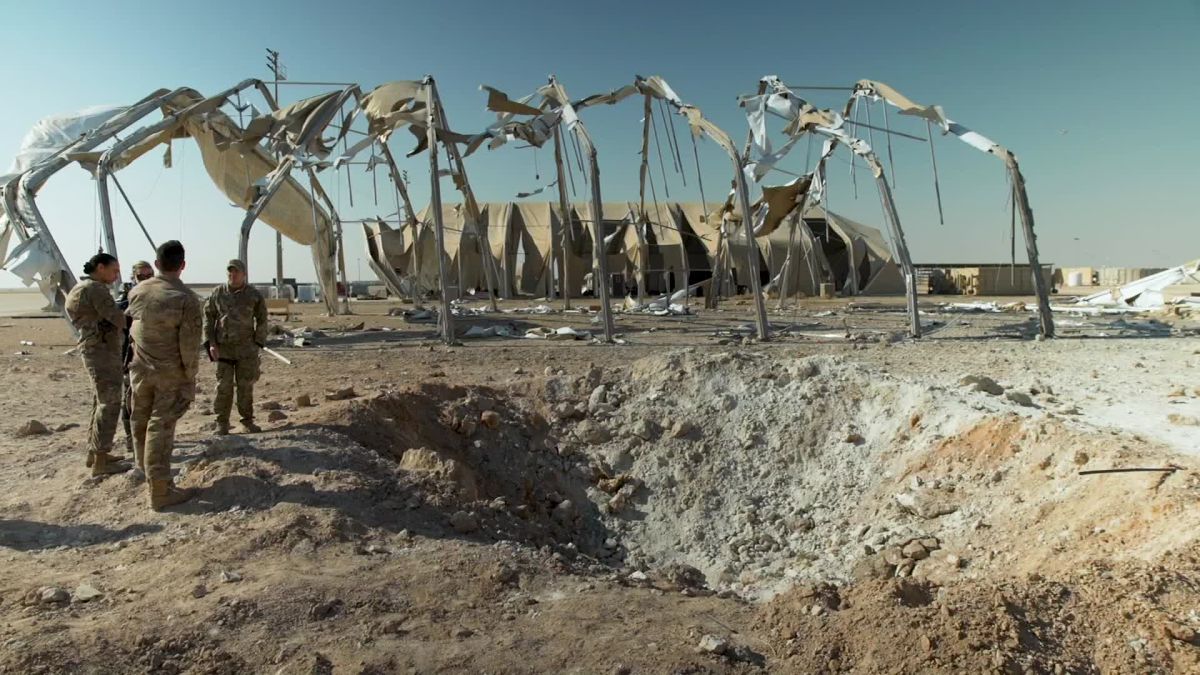 Shafaq News/ On the anniversary of the Iranian missile attack on the U.S. base in Ain Assad, the Israeli newspaper "Jerusalem Post" published a report that revealed new information on the attack that took place in response to the assassination of the Commander of Quds Force, Qassem Soleimani, and the Depute Head of al-Hashd al-Shaabi, Abu Mahdi al-Muhandis.

"Iran’s use of ballistic missiles to strike at US forces at al-Asad base in Iraq last year was worse than initially reported," Jerusalem Post said.

The Israeli Newspaper quoted Dan Lamothe at the Washington Post, "Many of those who were at the base have anxiety to this day, the article notes. They have nightmares and suffer from chronic headaches as well as other issues."

"What is now known is the severity of the attack which included eleven missiles, 40 ft. long, carrying 800 kg. of explosives. According to studies of the Qiam and Fateh style missiles, they are capable of carrying 650-750 kg. of explosives. It’s not clear if the reference to 800 kg," it continued, "110 survivors of the blasts that were diagnosed with traumatic brain injuries. Twenty-nine were injured seriously enough to receive Purple Hearts."

The newspaper added that in the lead-up to the attack, which was expected, some of the civilian employees at the large sprawling base the US shared with Iraqi forces, stopped coming to work.

The Americans at the base looked into how they could leave if they needed to, examining the capacity of their V-22 Osprey helicopters. The helicopter can ostensibly fit 32 people and four crew and less if the soldiers are seated. It’s not clear if they were trying to pack in more than that. Special forces would leave on the V-22s.

According to the report the US Air Force personnel decided to evacuate half of one unit that included 160 personnel. They would go to Jordan on a C-130.

While intelligence on January 7 pointed to a major attack, rather than just small 107 mm. rockets that pro-Iranian groups had used in the past, the preparations were unclear. Soldiers from the Kentucky Air National Guard rushed around in an MRAP, a type of mine-resistant vehicle, apparently. Warning of the incoming missiles came just after 1:30 a.m. Four rounds of missile volleys continued for an hour. Men were still hunkered in bunkers by sunrise. Those who took part later received a Distinguished Flying Cross and Army Commendation Medal for Valor, among other awards.

The new information illustrates how much danger the personnel were in and also the inadequate way the US may have responded to the threat. It’s not clear why the US could not deploy air defense more rapidly or come up with a better plan than hunkering in bunkers that might not save the troops from a direct hit. However, this also illustrates the general lack of preparation US forces abroad have for dealing with rocket threats. The US did eventually send a C-RAM system to defend against smaller rocket fire on the US embassy complex in Baghdad. However, overall, US bases are generally lacking the multi-layered air defense similar to what Israel has. Israel recently delivered a second Iron Dome battery to the US army. However, US forces in Iraq needed a lot more than that, and they didn’t appear to have access to the Patriot systems they needed.

"Nevertheless, no one was killed in the Iranian rocket attack. It’s not clear if Iran planned it this way," Jerusalem Post said.

"Iran knows how precise its missiles are. It has improved them in recent years.  However, of the missiles that Iran fired on January 8, apparently four malfunctioned," the newspaper then referred to Iran's use of Fateh 110 missiles against Kurdish dissidents in Iraq’s Koya in 2018 which also saw some malfunction.

Jerusalem Post asked,"Did Iran have intelligence about the deployment and position of US forces at al-Asad?" considering how Iran has penetrated Iraq with an army of intelligence agents and allied forces, "it is entirely possible Iran knew well the layout of the base and even the units deployed."

The report illustrated how close US forces came to being killed by the rockets. The difference of a few feet could have led to more serious casualties and forced Trump’s hand to retaliate, "that shows how close the US and Iran came to war."

Can Iraq establish relations with Israel?