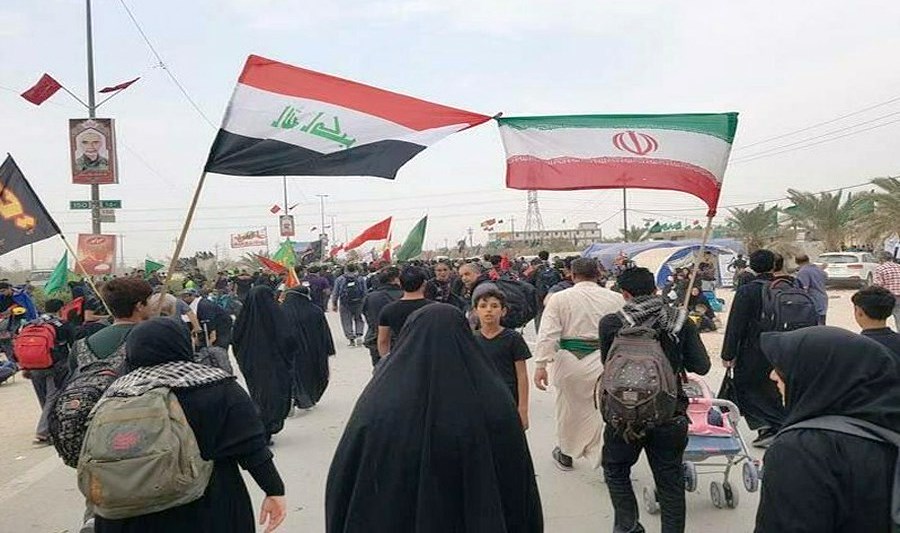 Shafaq News/ The Atlantic Council explored the time-line of the Iranian-Iraqi ties since the the 1980s until today, citing landmarks, ebbs and flows, and the valence fluctuations during the period that witnessed an eight-years war, the consequent U.S. intervention in the Middle East and its evanescence, Saddam Hussein's fall, and the U.S.-Iranian tug-of-war on the Iraqi  territory.

When Iraq invaded Iran on September 22, 1980, many in the region and the wider world were not particularly sorry. One Arab diplomat at the United Nations said at the time that he was glad to see Iraq try “to destroy the myth of the Iranian revolution,” which had overthrown the Iranian monarchy a year earlier and was raising fears of similar regime change among the kingdoms and sheikhdoms of the Persian Gulf.

In Washington, where the Jimmy Carter administration was desperate to free fifty-two American diplomats held hostage in Tehran for nearly a year, there was no love for Saddam Hussein’s Iraq. Nevertheless, there was a sense that Iran deserved to be punished and isolated on the international stage. This led the United States to tilt toward Baghdad, as did much of the rest of the world, during the bloody 1980-1988 conflict.

Nearly forty years later, however, Iran has emerged as the dominant power in the region with outsized influence in Lebanon, Syria, Yemen, and Iraq. In 2003, the US accomplished in weeks what Iran failed to achieve in nearly a decade of war: overthrowing Saddam’s secular Sunni regime and empowering Iraq’s Shia majority. This unsettled the sectarian balance in the Middle East, which had long favored the Sunnis, and weakened bonds between Washington and its traditional partners in the Arab world. Meanwhile, the Iranian theocracy that Saddam and his backers failed to destroy remains entrenched domestically, if increasingly unpopular.

The Iran-Iraq war—the “imposed war” as Iranians call it—left the territorial boundaries of the two countries intact—at the cost of a million people killed or injured and economic devastation. Iran lost at least a quarter of a million people, and its soldiers were the victims of weapons of mass destruction—Iraqi munitions laced with deadly chemical agents. This created a mindset among Iranian national security officials that Tehran needed to be able to deter any such invasion in the future through a variety of means, including the development of a ballistic missile program and cultivation of militant Shia groups among Sunni Arab-ruled neighbors, especially Lebanon and Iraq. The war cemented Iran’s alliance with Alawite Syria, whose Baathist regime was a rival to Saddam’s. Iran also restarted a nuclear program that had begun under the Shah Mohammad Reza Pahlavi—a program whose advances are a growing cause of concern to the international community.

Historically a strategically lonely nation—Shia-majority and Persian in a predominately Sunni Arab and Turkic sea—Iran has tried to make a virtue of its disadvantages. However, the Iran-Iraq war drew the US military into the Middle East in a massive way, which is only now diminishing forty years later. The hostility between the US and Iranian governments that deepened during the 444-day hostage crisis and the eight-year war persists—to the detriment of both their peoples.

Meanwhile, in Iraq, hostility towards Iran has grown since 2003. However, the ruling class—ironically, jointly installed by Washington and Tehran—has little ability to divorce itself from its powerful neighbor even as it tries to maintain ties with its liberator, the US.

The reluctance of Arab countries, particularly those on the Persian Gulf, to engage post-2003 Iraqi governments drew Iraq and Iran even closer. The two countries cultivated their religious affinities, historical social and cultural ties, and mutual economic interests, forming a strong alliance.

When the Islamic State of Iraq and al-Sham (ISIS) invaded and occupied almost one-third of Iraq’s territory and put Baghdad at close range in the summer of 2014, the Iranians were the first to show up, placing many of their capabilities at Iraq’s disposal. With the fatwa of Grand Ayatollah Ali al-Sistani that followed the ISIS invasion, Iraq secured more than the needed fighters on its own and only needed arms, military advisors, and other logistical help. Iran made much of this available within twenty-four hours. It was essential for Iraq to stop the ISIS terrorists from making further gains on the ground until the Iraqi Armed Forces recovered from the initial defeat and a US-led international alliance started its operations in August 2014, with the US providing crucial air support.

Although Ayatollah Sistani’s fatwa did not call for forming any fighting forces outside the regular Iraqi Armed Forces, scores of militia groups were created and operated in the war against ISIS in many Iraqi provinces. Several of these groups are very close to Iran and others, such as the Badr organization, have been in existence since the Iran-Iraq war. All parties tolerated this security fact until the 2017 territorial defeat of ISIS. Since then, many voices inside and outside Iraq are calling for these militant groups to dissolve or to merge under the Iraqi Armed Forces. The last few years have proven that this proposal is easier said than done.  The US assassination of Iran’s Islamic Revolutionary Guard Corps Quds Force leader, General Qassem Soleimani, and senior Iraqi militia leader, Abu Mahdi al-Muhandis, in early 2020 appears to have led to an even greater proliferation of armed groups.

The economic relations between Iraq and Iran have been moving on an upward trajectory since 2003, with a trade exchange of $12 billion annually and a plan to raise it to $20 billion in the foreseeable future. Much of this exchange is Iranian exports to Iraqi markets. Despite US sanctions, Iran exports much-needed fuel for Iraqi electricity generation and, in peak times, Iranian electricity is also exported (with US government-approved waivers).

As this fortieth war anniversary coincides with the commemoration of the martyrdom of Shia Imam Hossein, the Prophet Mohammad’s grandson, the two countries announced a mutual plan to waive visa requirements and increase the number of Iranian pilgrims traveling to Iraq. This move will also benefit Iraqis who visit Iran for recreation, religious pilgrimage, and healthcare.

More than four decades after the beginning of a dreadful war that shaped the lives and worldview of a generation, Iraq and Iran seem to have put the past behind them and moved to a new relationship. But the road ahead is not without landmines. The balance of power is too lopsided in Iran’s favor to allow for a healthy alliance and Iran’s continued estrangement from the US makes Baghdad’s balancing act even trickier. The Iranians may be enjoying their triumphant short-term position, but the long-term consequences could be calamitous.

Through Kurdistan, Iran seeks to establish a channel between Iranian manufacturers and Iraqi traders