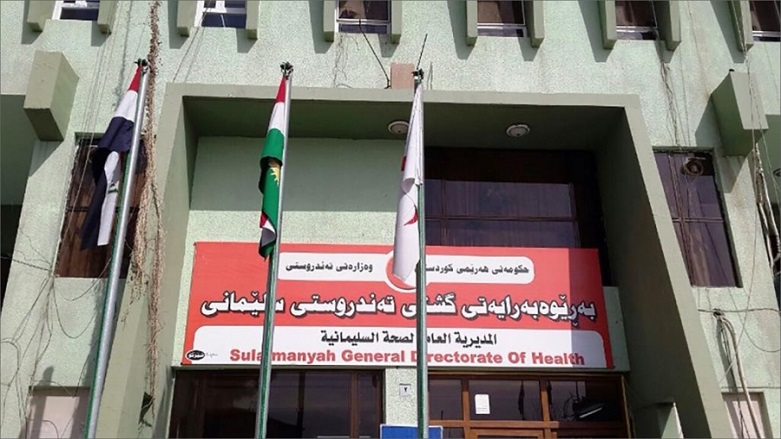 Shafaq News / Sulaimaniyah General Directorate of Health called on Tuesday, the people to stay with their homes, after recording 11 infections in the governorate, which also witnessed the first death in Kurdistan Region due to Corona virus.

"We call on all citizens to adhere to health instructions to prevent infection with Corona virus, to stay in their homes, to stay away from contact with other people and to wash their hands constantly," Sabah Nasruddin, Director of Sulaimaniyah General Directorate of Health said in an interview reported to Shafaq News.

"The next two weeks are crucial to tackling Corona virus," he added.

The Vice-President of Kurdistan Regional Government, Qubad Talabani had appealed to the people to be protected from Corona virus, calling on them not to look at the two weeks that we declared an official holiday like the rest of the other holidays , do not go to the crowded areas and abide by the instructions issued by the Ministry of Health.

Talabani wrote on his page on the social networking site "Facebook" and Shafaq News seen it, that the meeting of the Supreme Council to control Corona included issuing a decision announcing a two-week official holiday.

"I call you that these two weeks of prevention do not look at them like other holidays, do not go to crowded places and adhere to the health instructions of the Ministry of Health, and stay to your homes as much as possible."

He added, "By adhering to the health instructions together, we can pass this stage with the least possible loss."

Yesterday, Kurdistan Regional Government announced a number of special decisions to prevent the outbreak of Corona virus in the region, which recorded one death and 13 infections.

The decisions came after the meeting of the Higher Governmental Committee formed to combat Corona virus.

"The meeting stressed the importance of continuing to implement holiday decisions issued by the relevant authorities, such as reducing traffic jams, determining movement between cities, maintaining cleanliness, and contacting the special centers in case of suspected cases of Corona infection," government spokesman Jutiar Adel said at a press conference.

Stressing on the recommendations and instructions aimed at protecting the lives of citizens from infection with this virus.

The recommendations included suspending the official working hours in all ministries, departments and institutions in the region, except for Peshmerga forces, , Ministry of Interior, Asaish and health institutions, as of Thursday, March 12, until the 26th of March , indicating that 27 and 28 March are an official holiday, and resumption of working hours will be on the 29th of it.

The spokesman of the regional government said that the meeting recommended that the Ministry of Health continue to provide its public services through the shifts system, provided that the ministry issues instructions in this regard.

The meeting also recommended that service ministries continue to provide their public services through the shift system, with each ministry issuing instructions in this regard.

He pointed out that the last date for the return of the citizens of the region from Iran is from the 15th  of March, indicating that they will not be allowed to return until the first of next April with the continuation of the commercial exchange movement in accordance with the instructions in force.

The meeting decided to allocate the second stage of the budget to provide the necessary health supplies to tackle Corona virus.

He explained that the Ministry of Agriculture and Water Resources has been mandated to continue implementing the measures it has taken within the framework of the anti-Corona virus policy.

The meeting decided the recommendation of the Minister of Justice to activate the Public Prosecutor with a view to taking legal measures that would entail individuals, entities and media channels that cause chaos and operate contrary to instructions and government policy.

The meeting also decided to give governors, heads of independent administrative units and governors committees the authority to organize and monitor local markets.

The regional government said in a statement that the deputy prime minister, Qabad Talabani affirmed at the end of the meeting the necessity of everyone's adherence to decisions and recommendations in order to be able to prevent the further spread of the virus.