US ambassador to PM Barzani: Kurdistan and Iraq are crucial to the US policy 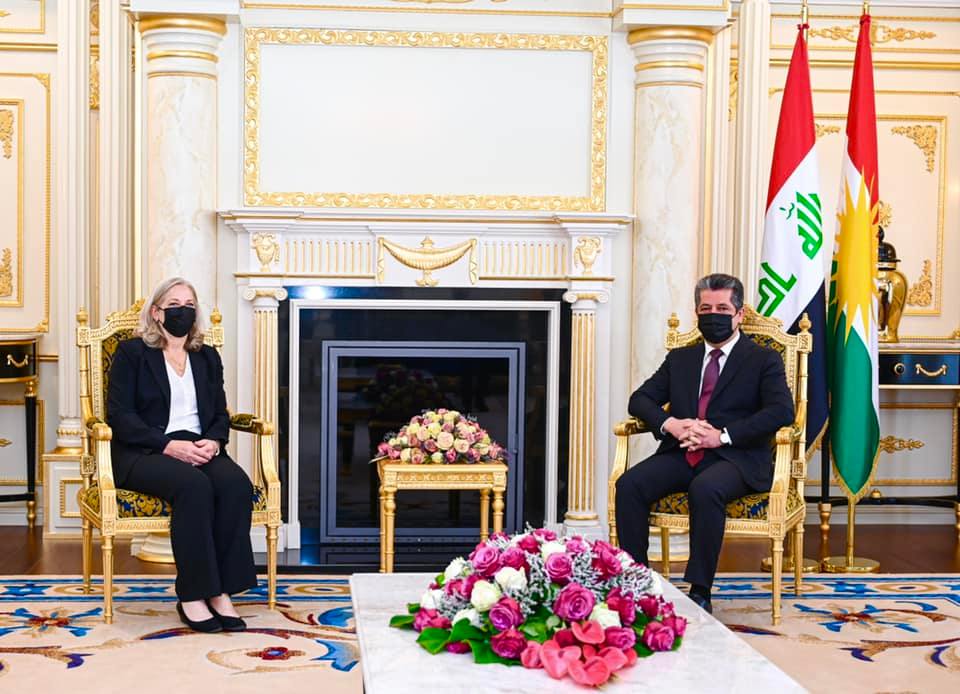 Shafaq News/ The new US ambassador to Iraq, Alina Romanowski, on Thursday said that the Kurdistan region and Iraq are pivotal for the US foreign policy.

According to a readout issued by his bureau, Prime Minister Barzani shed light upon the ties between the federal and regional governments, stressing that the Kurdistan region is a federal entity and its people have "ethnic and constitutional" rights.

"Our differences with Baghdad are not limited to the Budget, oil, and gas. We are a federal region. [Baghdad] shall respect that," he told his guest.

The US diplomat reiterated her country's commitment to supporting Kurdistan, which it deems a "crucial partner", and promoting peace and security in Iraq.

"Iraq and Kurdistan are a major part of the US policy," the statement quoted Romanowski.

PM Barzani commemorates the 52nd anniversary of the March 11 Agreement