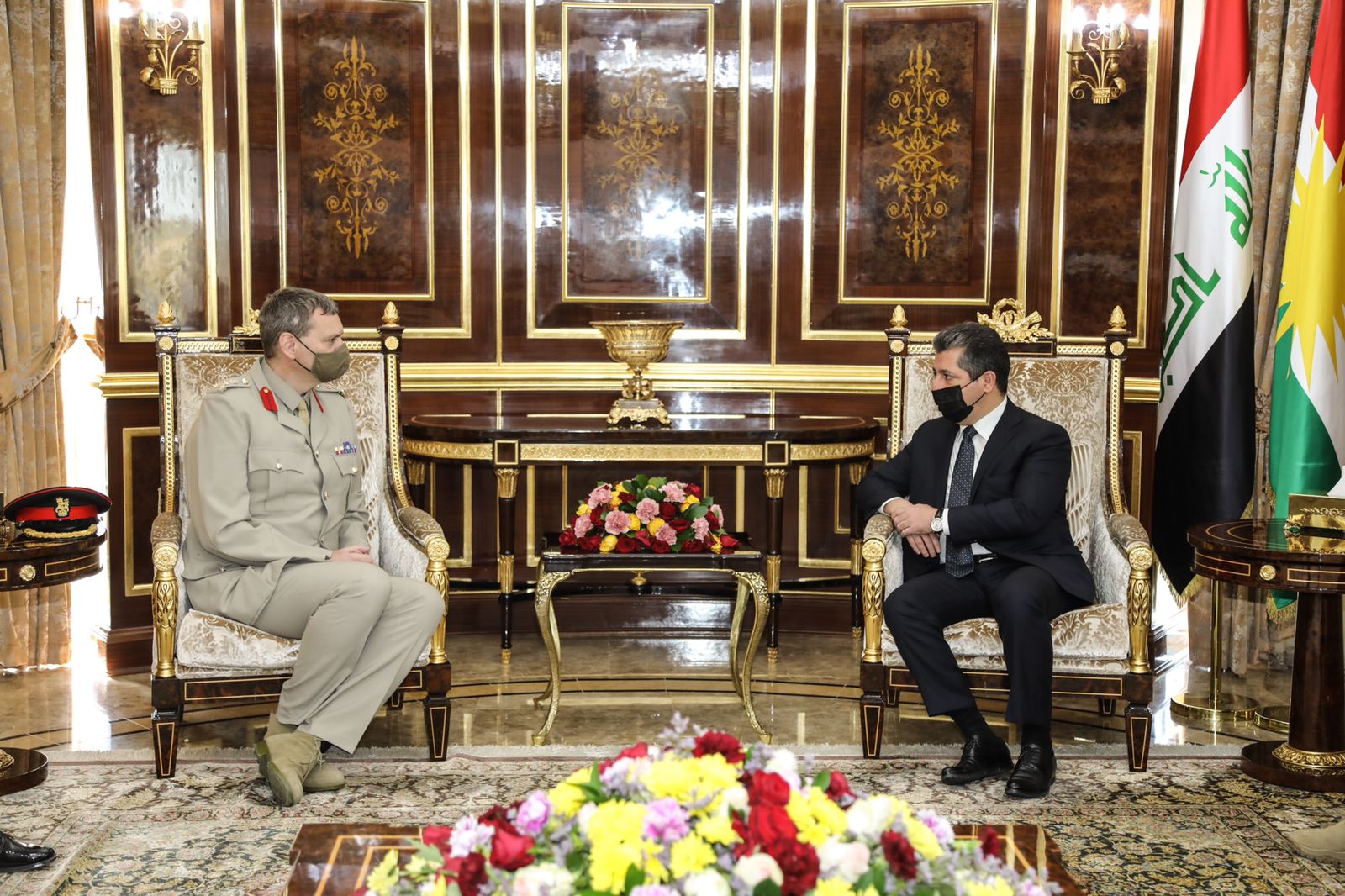 The Deputy Commander-in-Chief condoled the death of two Peshmerga members in a PKK explosion in Aqrah district, stressing the coalition's full support for the Kurdistan region in combatting terrorism.

For his part, PM Barzani emphasized the need to activate the security coordination centers between the Peshmerga and the Iraqi army to confront the threat of terrorism and achieve stability in Iraq.

PM Barzani hosts the US Deputy Special Envoy to Syria